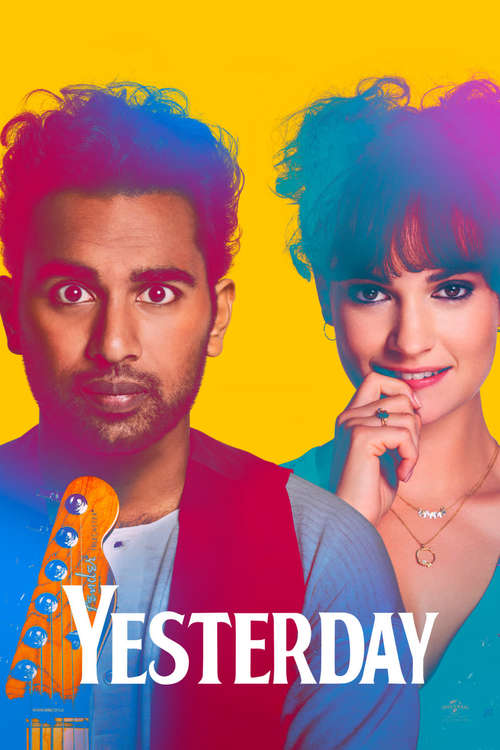 The lead actor in this is definitely boosted by his manager Lily James’ performance. There’s a lot here not to tell about them because it’s fun to see the spoilers come out.

How odd it would be if household names like The Beatles or Coca Cola were suddenly removed in a sort of alternative universe. What if you were the only one who remembered them?

A dead end singer/songwriter find himself in that position. He decides to put the songs out as his ow and it’s quite a ride from there. The Beatles’ songs have the same effect on a 2019 listening public that they did from the 4 lads themselves.

We see a frustrated guy about to go back and be a teacher because he just can’t get people interested in his songs. Lily James plays his manager and lifelong friend. As I said, their chemistry is great and makes this film work at the high level it does.

I had issues with so much Beatles music being played in the film by the cryptic unknown singer. No one will be rushing out to buy his versions as they did with Mamma Mia, Rock of Ages, or Sing Street. Still, it’s not that kind of a movie.

What we have here is a bohemian back-to-my-roots movie where one learns values about fame. In that way, there is a lot of Notting Hill here. Our singer even travels with a childhood friend with verbal diarrhea spouting just as the similar character in Hugh Grant’s flat did.

I guess that’s another gripe I have. It doesn’t try to make any sense. I like Sc-Fi that comes together, this sprawled everywhere, The plot does end well though and it seems the right lesson was learned about love and focus in ones life. I plan to see it again, I recommend it.