There has been so much buzz about this film and most of it is merited. However, I most love this movie for the simple reasons of: character foreshadowing, the slow motion fighting, and Wonder Woman’s love for flawed humanity. 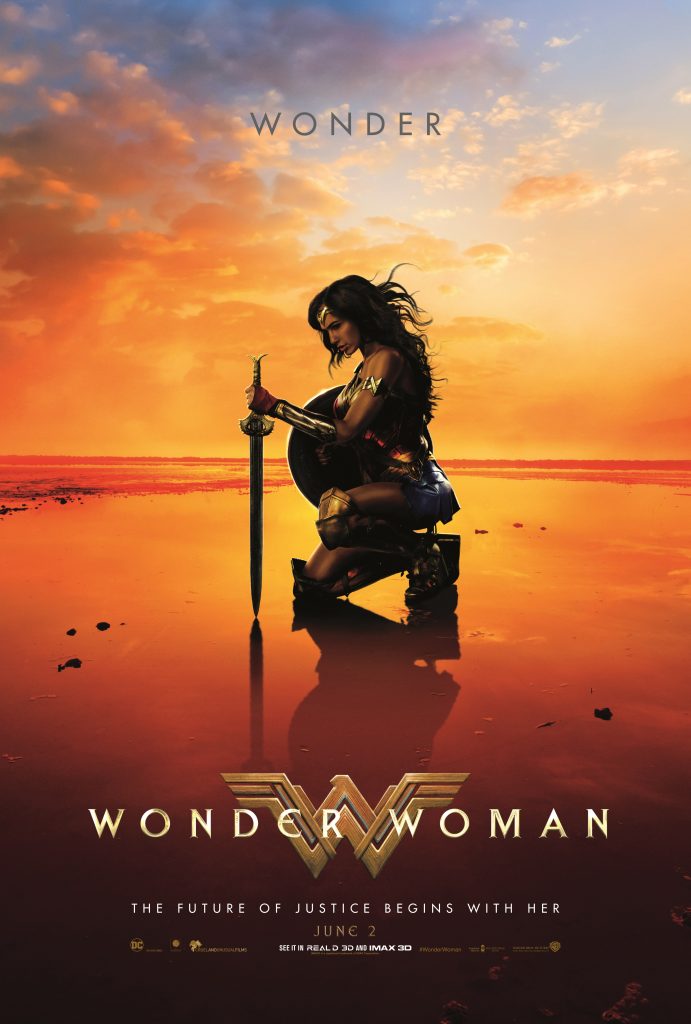 “Before she was Wonder Woman she was Diana, princess of the Amazons, trained warrior. When a pilot crashes and tells of conflict in the outside world, she leaves home to fight a war to end all wars, discovering her full powers and true destiny.” -IMDB

Patty Jenkins is the director of this visionary film. I admire the way she put it all together. Even though I thought the war scenes and time in Germany could have been cut shorter, the movie works like an amusement park ride. To anyone about to see it I would say: get ready to be rattled! Jenkins is known for Monster which is a biopic based on the female serial killer Aileen Wuornos played by Charlize Theron. There is no superhero element to Monster but it’s a great work that tells a controversial story. So far, she has directed two powerful flms. Let’s hope to see more from her.

There are many powerful actors in this film but the most stand-out are Gal Gadot and Chris Pine. They are wonderful. Whether we are talking about basic action sequences or the love story element, both make the A grade. There is an innocence to both of them that makes the love story work as well as the saving of humanity sequences. Gal is 32, let’s hope she continues to be in the franchise. Her beauty is matched by her acting ability and flexible action moves.

Character foreshadowing is done several times in the film. One time is when they are in the German streets and there is a bearded man watching them. By the second glimpse, it was clear to me he was tracking Wonder Woman. Around another corner and I found out I was correct. Another example is the evil force. We see him a couple times in another form and to me it was clear who he was. What do you think? If you hven’t seen it, you will likely see it as I did. This is a simple directing tool but it works well to keep the movie rolling along with audeince interest. t’s a way of getting their engagement in noticing it. But there’s another film trick used that far surpasses this one.

The cgi slow mo effect used in the fight scenes is not new to us in films. We saw it a lot in “Crouching Tiger, Hidden Dragon, the Matrix, as well as pretty much every superhero film made in the past 20 years. The difference here is the way it’s done. There is a marked improvement over anything we have seen before. This special efects and editing team did their homework. I found this tool of film incredible in the story.

The third reason I loved this film is because Wonder Woman pledges to save humans even despite their penchant for anger and war. She falls in love with a human and that helps but it’s her experiences on the battefield that bring her to the conclusion that we are worth saving. The quote she utters at the end and a few tines before (again, the foreshadowing) speaks to personal belief and giving people according to your love rather than what they deserve.

This is one of the best superhero moves ever made due to its structure, the cgi and slo mo effects, and the incredible beauty of Wonder Woman’s message for humankind.