High school can be a really “killer” time. Like “Ginger Snaps,” 2 girls here are obsessed with death and more specifcally: killing. What’s left of center is that these girls have a Youtube show where they leave all sorts of clues. Yet, they are never suspected. Well, for a while. 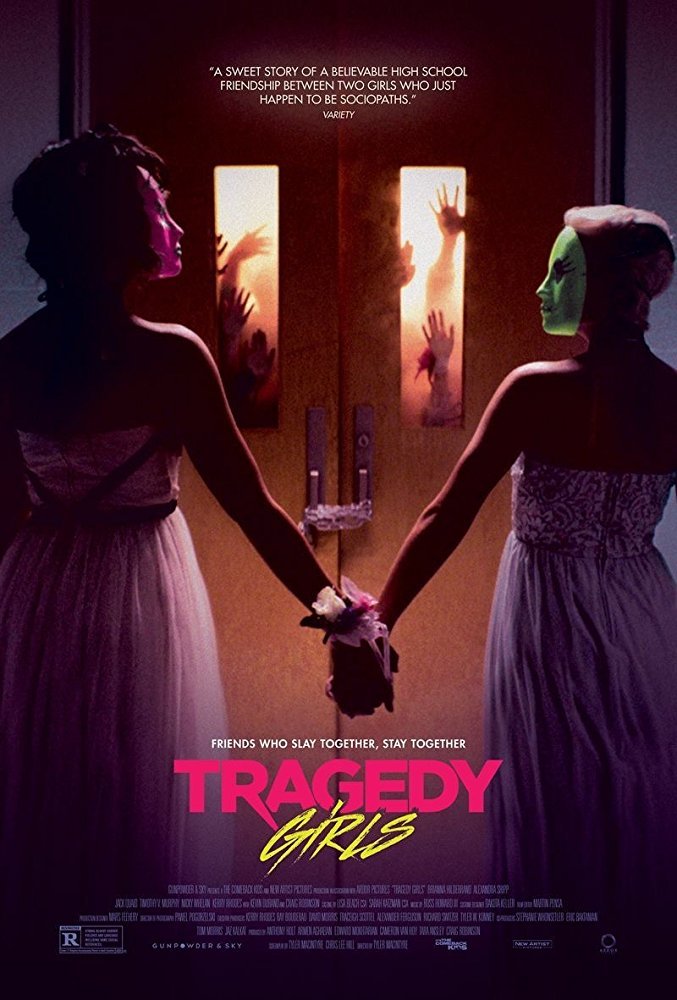 Tyler MacIntyre is in the director’s chair here. He says this film was inspired by the bubblegum comedy “Clueless,” There’s the irony because this film is a bloodbath. We don’t get to see how these killers evolved, they are just catapulted into their misadventures of death. At the same time I kept feeling as if there was a genre filter I was missing. The girls are killers but when you’re following them in the heat of what they’re doing, it strangely works. The closest thing I can compare it to is the TV series “Dexter.” This is an oddly fun teen comedy that is hard to turn your eyes away from. Another twist on the slasher genre that works. 7/10