Since A24 is gaining a credibility I don’t think it altogether deserves, I thought I’d republish my review of an early film they produced. This film had a lot of potential but didn’t get there for me. I think THAT is really what defines this brand and that really sucks. I hope that changes. I wrote the content below when this film came out. 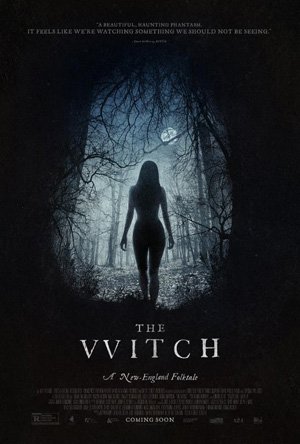 I saw this film not knowing what to expect. Rotten Tomatoes gave it a rating in the 80% range so I was naturally curious since I rarely see horror films doing so well. The audience was not favoring it quite as much so that made me wonder what was going on here. Sometimes that means it’s a “movie makers” movie and not one the average American is going to “get.” I was right about that I think. This film has received a Sundance “best director” award and all sorts of other laurels on its poster. Usually those mean foreign film but in this case they are festival awards. This movie is taking the critics by storm. I think the audience will get on the bus sooner or later. Please understand, this film is not the easiest to understand but it still combines several powerful themes to make a hard hitting horror film and I love it!

It displays the cruelty of religion in the same way the Crucible and the Scarlet Letter. It takes it all the way into the psyche of a Puritan family and causes them all to question whether each other are witches. Mind blowing. It’s not a horror movie per se but it uses elements of diverse themes to create an original movie. Don’t watch this movie hoping it to make sense but rather dwell among the family and observe the sickness that religion can become. The ending may perplex some or it may be an awakening. I think the director wants us to draw conclusions but not in a concrete way. Why does the heroine walk naked into the trees? What caused this transformation? Did she make the choice or was it destiny made for her by her family? Is the family innocent? This dark tale raises more questions than answers. Though much is never explained, it’s the experience of these unexplained things that is the essence of the ride. We may not want to get off but the director pulls off our seat belts at the credits and says GO NOW! Then, we have to think about it. I’ve been doing so for 2 days straight and it’s lovely. 7/10