We have the technology to see the outer reaches of the universe, and others! The Hubble telescope showed humankind we have so much more to explore. At the same time, we can look at the most minute worlds going on under our feet. This film takes us all those places and then some and poses the question: does any of it make us more content with our existence? And, where do we as humans fit into all this. 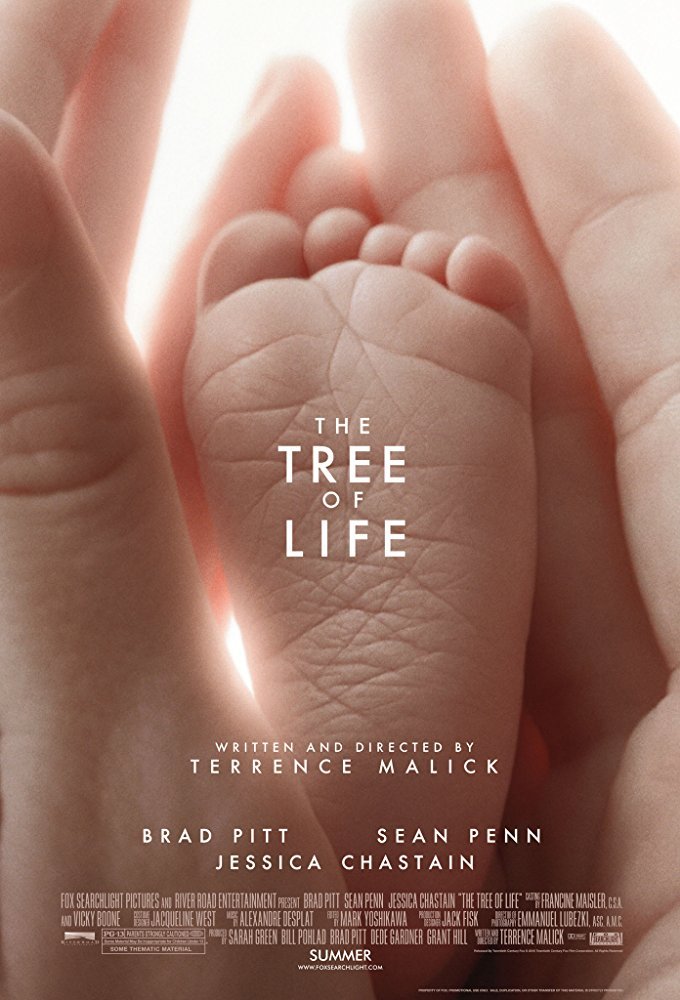 Terrence Malick directed “Days of Heaven” and “Badlands” and many more pictures that I thoroughly enjoyed. He certainly has a gift as a storyteller. This film is a little different, it has a lot of out space and nature scenes. There are even a few dinosaurs and pop up, seemingly in the spirit of “2001 a Space Odyssey.”

Jessica Chastain really plays the mother role well here. Brad Pitt plays the conflicted father who seems discontent with where he has ended up in life. He even tells that to his sons which I found reprehensible. Overall though, we have a sensible healthy family here in this story just trying to make it somewhere between their “nature” and “grace.” This film took some patience and I have to admit I watched it twice before it really appealed to me. In the end, I truly loved it. I give this piece of beauty a 10/10.