Terrence Malick films are a win, take it from me. You can’t go wrong. The first one I saw was “Badlands” and I was hooked. He’s a director with a special eye for things. The Thin Red Line has an amazing cast. You can read the list in the poster I have added to this post. It’s a war movie which will turn some off and ignite the flame in others. Both camps will like it. It reminded me of the messages seen in “Apocalypse Now,” it’s that good. To see Malick flaunt his talents, see many familiar faces, and ponder the hells of war in order to oppose them in the future, watch this film. Is war a necessary evil? Watch this and talk amongst yourselves. 10/10. 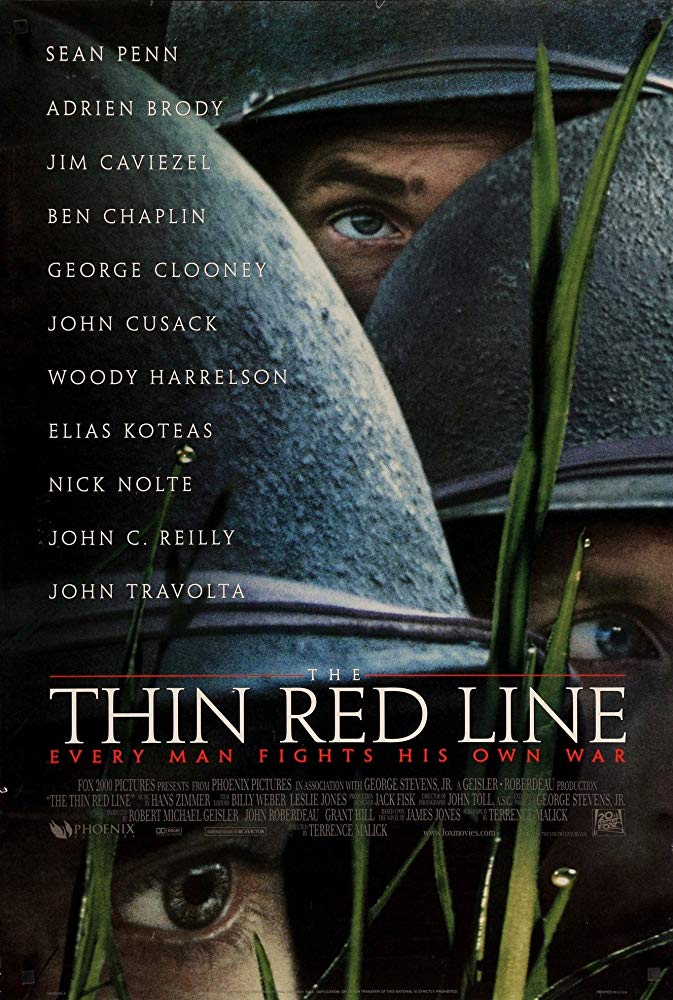