A love story where you have to battle supernatural realities to get back to absolute normalcy is my kind of love story. Okay, maybe it’s a little hard to comprehend but so is “The Lodgers.” I can attest there is the attempt at a love story and that weighs in hugely with me. 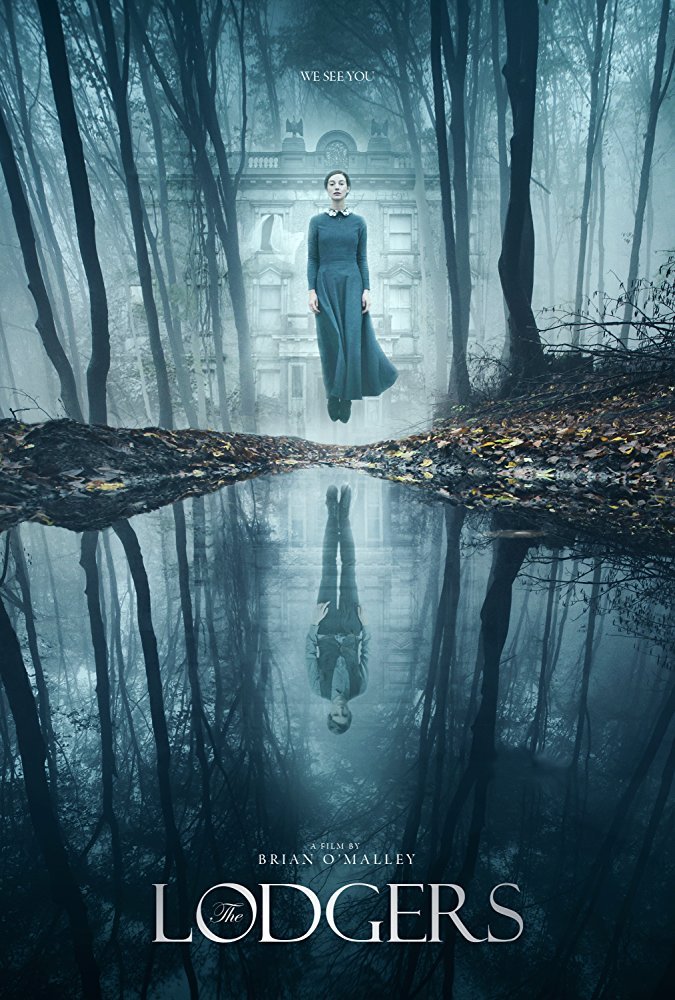 Brian O’Malley is the director. I see he’s just done one other major film: “Let us Prey.” I have not seen it so have nothing to compare it to. He’s doing gigs with the Irish humanities funds so I give him kudos there. This one is a real dodgy piece. It seems to not know where it wants to go. Still, it’s very moody and the emotions come through strongly. The Irish are a sentimental lot so that may work for him as he continues on his path.

All in all, the story was just ok but hard to follow. The visuals were incredible and creepy which is something I like to see. Since the story was a bit convoluted, the director might have tightened up the setting or the dialog.As an example, most of Edgar Allen Poe’s short stories take place in a simple setting and never leave. They are easily accessible and not complicated with unexplained items. I’d recommend this for the visuals and the creepy feelings you get from it. 6/10.