I wrote this in 2012 when this film was relatively new. I repost it now as a bit of nostalgia. 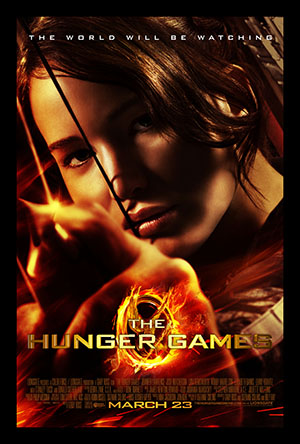 More buzz is out on a famous bestselling book that was made into a major motion picture. Suzanne Collins’ The Hunger Games may end up rivaling Stephenie Meir’s Twilight Saga. It is expected to earn 250 million after this first weekend and by those terms it’s an indisputable success. It was directed by Gary Ross known for Pleasantville and Big. It stars Jennifer Lawrence as protagonist Katniss Everdeen and Josh Hutcherson as her love interest Peeta Mellark. There are a handful of other major actors which includes Woody Harrelson as Katniss’ coach, Haymitch Abernathy. When someone reads a book, she/he wants a personal experience. When someone watches a movie made from a book, it’s no guarantee they’ll have the same experience. My guess is the only people crying in the theater will be the ones who’ve read the book first.

I’m in a position to make that statement because my wife and son who I saw the film with have both read the Hunger Games. As for me, I had very little exposure to the story and characters. I had seen Jennifer Lawrence in Winter’s Bone a few years back and really appreciated her talent in that. Otherwise, they were the experts on the Hunger Games and I saw it with ignorant eyes. I found it well crafted and suspenseful but for me it lacked the backstory and character development to really move my emotions. My wife and son had a different experience. They loved it on a visceral level and to quote my wife she, “got everything she wanted” from the film adaptation of the novel.

The Hunger Games is a story about a government that places a select number of its citizens in a survivalist arena where only one emerges alive as the winner. They call this event the Hunger Games. It is meant both to punish the lower class for attempting to revolt and thereby entertain the wealthy, ruling class. Katniss volunteers to be in the bloody games in the place of her young sister who is selected by lottery. Once the players are selected, the majority of the movie consists of people killing each other off. The “players” hate the government and yet turn into murderers immediately upon beginning the games. There is a winner and after the win, the movie ends quite abruptly. Sequel anyone? Based on box office results, I think that’s inevitable.

Jennifer Lawrence delivers an entrancing performance. I really “believed” she was Katniss in the Hunger Games due to her incredible acting. There is really only one other actor who delivers a strong performance, Woody Harrelson. As Katniss’ coach he has relatively less screen time. Still, we have his backstory: he won the games at one time so we know he has killed and lived to tell about it. The rest of the characters are extremely flat with, again, little or no backstory. I assume there is more character development in the novel but when you have that many people killing each other, it helps to know why they think the way they do.

Are people truly that bent on living that they will kill to appease rulers and entertain the rich? I think these killings are rather gratuitous. There is one killing they did right: a little girl was killed, which was a horrendous act against a child. When her killer was taken out, someone in the audience cheered. I agreed with him. They gave a backstory, built up anger against a character’s actions and then killed her off. If all the killings were treated that way I would have liked it more. despite its shortcomings with me, The Hunger Games has wonderful cinematography and special effects. People who know the book well will probably like it more but most who haven’t will probably like this movie just for its action and fantasy.