The cover image connotes horror and discontent. I asked myself, “was it through her eyes or her mother’s.” And then of course, there was the more literal interpretation and someone’s eyes are involved here. The latter haunted me so I went and watched the movie. 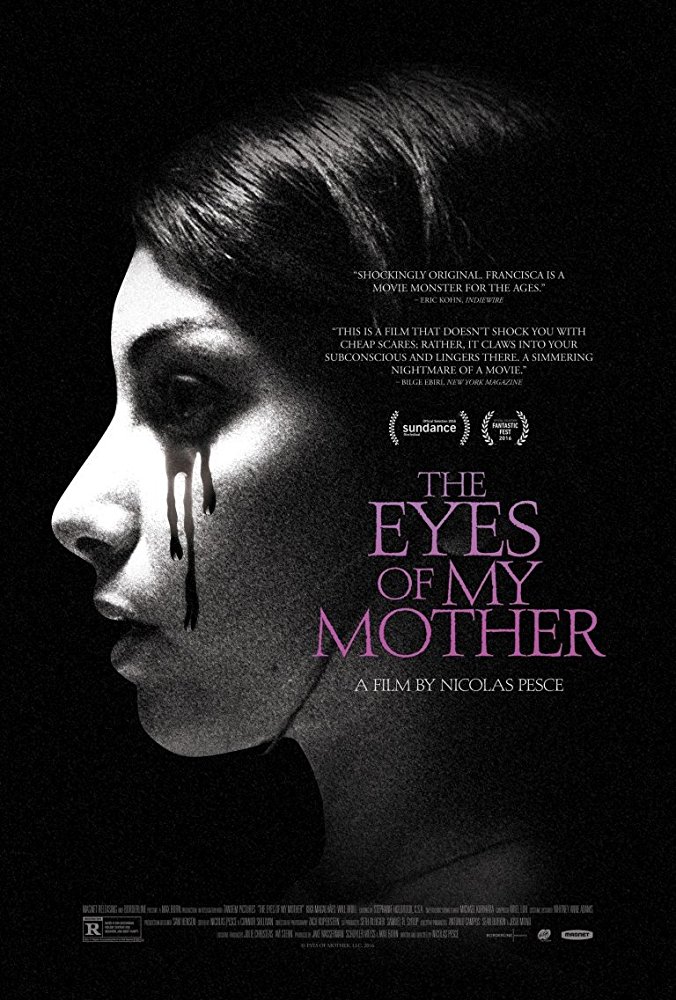 This isn’t a bad movie but it won’t appeal to all horror fans. Beyond that circle, it really won’t appeal. It’s the story of a young girl who’s grown up on a creepy farm, the movie is in black and white and the images are very creepy. She is secluded from friends and family apart from her elderly mother and father. It’s never addressed why they are such old parents. There are many possibilities there.

There is a tragedy that occurs and then many aspects of oddities play out. The film is very slow going and tries to give insight as to how people can be nurtured to be killers. Still, the nature/nurture question weaves throughout. A couple of the characters who did bad things appeared to me to be mentally challenged. I saw that as a major flaw in the script. People who murder must do so of their own sane conviction to deserve revenge. There were sometimes rhyme and reason to this and other times not. It’s easier to get into revenge movies when the antagonists “have it coming.” This film tried more to show how depraved a mind can become when bereft of attention and love. As the little girl grows up, we become psychologists, invited to draw conclusions about the girl. I prefer to be shown or told what the characters are. They left way too many questions unanswered for the revenge parts to resonate with me. I can’t recommend this film. The black and white creepy cinematography is pretty cool but other than that, I think they missed the boat with this one.

One thought on “The Eyes of My Mother”