Looking back at J Lo in this reveals and/or reminds the appeal she had even in 2000. She’s a detective out to catch a serial killer and he is quite elusive indeed. 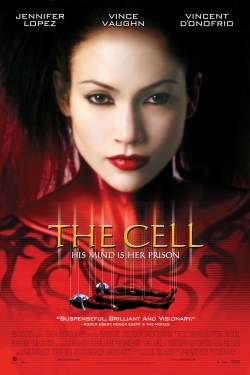 “An FBI agent persuades a social worker, who is adept with a new experimental technology, to enter the mind of a comatose serial killer in order to learn where he has hidden his latest kidnap victim.” -IMDB

The most important thing to note about this film is its visuals. They are creepy at least and horrifying at most. The visuals make this more than just a serial killer cat and mouse chase. Through a new technology, we get to see inside his thoughts, even through the murders themselves.

This movie may be hard to watch for some who are not open to its avaunt garde approach. It’s surreal and not always clear as to where people are or what is really happening.

FINAL THOUGHTS
Even by today’s standards, the effects in this are stunning. The acting and stories are not the best in this genre but they aerve the story well enough to make the film a fun ride. Despite it’s few flaws, I recommend it.