This review is a repost. When I saw this film I was just starting to sort of see poorly rated films without paying attention to the critics. Otherwise I probably never would have seen this one. 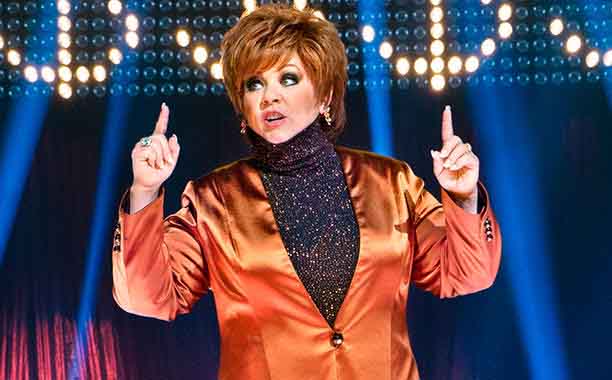 A titan of industry is sent to prison after she’s caught insider trading. When she emerges ready to rebrand herself as America’s latest sweetheart, not everyone she screwed over is so quick to forgive and forget. (IMDB)

I can’t say the last few movies of Melissa McCarthy have impressed me. I loved her in the 90’s dramedy series “Gilmore Girls.” She didn’t do any ft girl splits ar steal food off everyone’s plates as is common in her movies since. I usually chuckle at her films but rarely more than that. “The Boss” is a new low for her body of work and her body has changed too, probably from surgery but I don’t know for sure.

If she did lose weight quickly, it would explain the turtlenecks. My wife pointed this ot to me. She said when people have radical weight loss surgery, sometimes they have turkey neck with the extra skin still hanging. The scenes I liked the best were when she did a dance routine on stage. She’s like the Tony Robbins of real estate and she wants to “make you rich.” I hate those greedy motivational speakers so these on stage performances with the pyrotechnics and such were hilarious to watch. Please note: every other part of this movie is neither funny nor entertaining. I think this is one of the most boring films I have seen in decades. I’m amazed it got made.

The stuff with the girl scouts is really reaching for a laugh. It doesn’t fit with the movie it all even though I kept hoping it would. I have to shine a light of kindness as I wrap this up however: Melissa McCarthy is a hilarious comic. Her slapstick is right up there with Will Farrell and Molly Shannon. Unfortunately she’s accepting some really stupid scripts. Maybe it’s time we see her name on the writer’s credits line. In conclusion, I was bored all the way through this film, except for those stage scenes I mentioned. I suppose I’d recommend it but only if there is nothing else good playing.

Have you seen this film? What’s your verdict?