I came to the Terminator party late. In fact it was only after I saw this particular film that I decided the whole franchise was worth a look. Isn’t that what good sequels should do? For me, the graphics were the most amazing thing. It can’t be denied they spared no expense and went way out and beyond what even the groundbreaking T2 did with the mercury like effect. 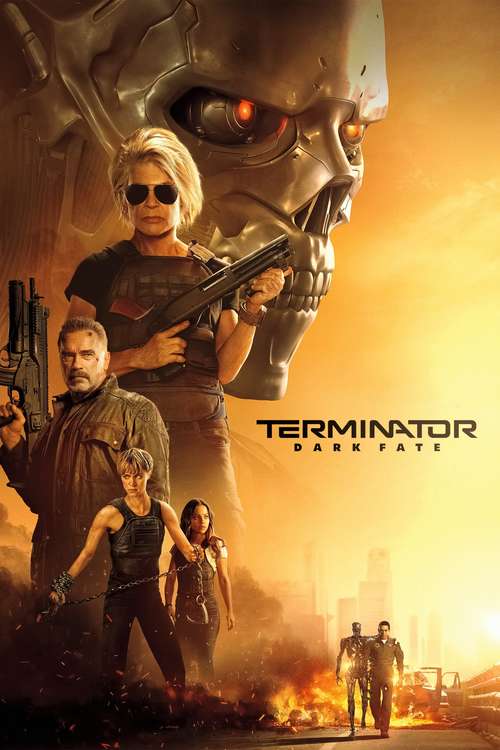 Here, they use all the modern toys to make this feel like you are actually there, among the robots and even yourself threatened by them. Because the graphics are so perfect, it’s been said before better than I can say it here. I’d rather talk about this film on the merits of its characters which, although less that perfect, make this film so very good and so very accessible to someone who isn’t necessarily a huge Terminator fan. Let me take you through my impressions of how 2 key characters made this film work well for me.

First: Sarah Connor’s character. She is back and with a vengeance, I was so excited seeing her on the screen. Of course her casting was perfect. Some might argue she is past her prime and therefore they could have gotten a more glamorous woman to play the role. I say bullshit, the only one to play her role is her. I must admit though at times I thought the script was good but too much for her as an actor. I think she is better as a “Rambo” type that we hear few lines from. Then again, this is the type of film that relies more on graphics and action for its entertainment.

It was probably not noticed by many that her acting is bad and that’s good. I know she played in “Beauty and the Beast” alongside Ron Perelman as Beast early on in her career. We know she can act so maybe it was more the fault of the writing. Casting and appearance. Nonetheless, seeing her re-emerge onto the screen as modern day Sarah was beyond exciting despite any fumbles in acting.

The new villain Terminator was outstanding. He had big shoes to fill but he pulled it off masterfully. I think asking him Hispanic with the highly Mexican story-line was also a very wise choice. His script was successfully peppered with “Bro/Hermano” type dialect trying to get ingratiated into the border patrol’s good graces. It worked every time. He was scary, sexy, and believable too.

Of course Arnold and Mackenzie bring loads of talent to the screen in this one. Arnold’s new Terminator, “Carl,” has tons to say that falls into the quotable comedy relief section. Both are to be commended but I think the prior two I mentioned bring the most to the film that make it great. Because the acting and script was sometimes hit and miss, I gave it a 9/10. I definitely recommend it.