I won’t try to overstep my grasp of this film. I figure readers like to read something by a guy who knows what he is talking about and at the very least comprehends what is happening. I can’t say I do 100% in this film. BUT, I will take this review opportunity to tell you exactly how I took this film and the hedonic components as they revealed themselves to me. I call this sort of film impressionistic hedonism and let me tell you, it’s not for everyone. Note this partial genre: fantasy. Available From $2.99 (SD) on Prime Video. 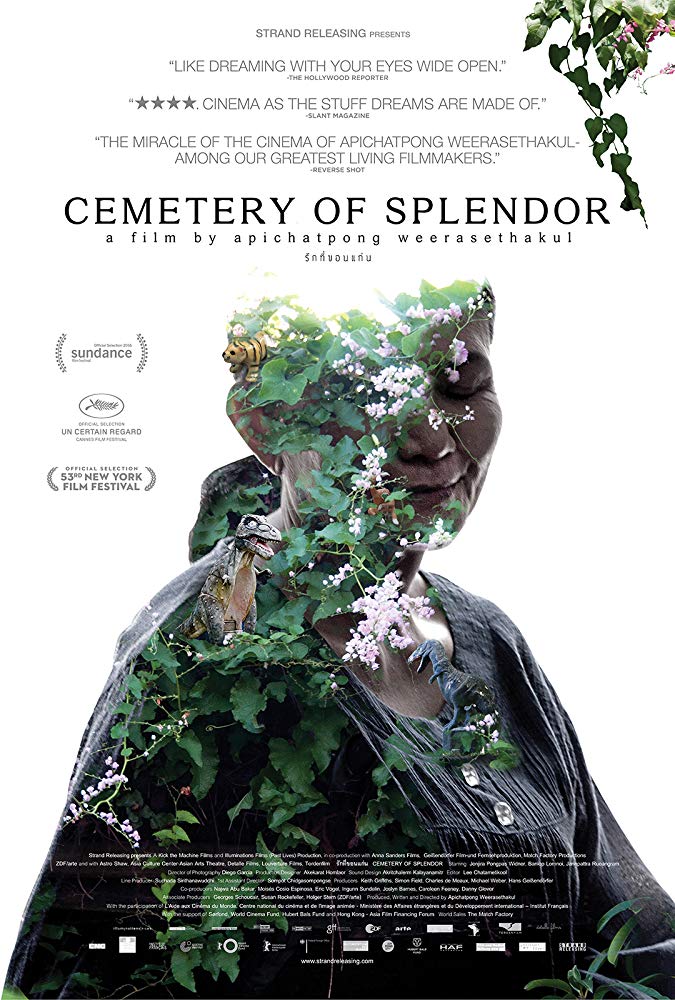 I love Thai food. I also love Buddhist temples. There’s one close to us here in Southern California that I have gone to many times “when I was confused” (quote from the film and also my life). What was I confused about you might ask? As in the film, the answer would be “love.”

In the last 1/4 of the film there is this contraption that propels water and yet doesn’t move. Actually it’s impossible to tell if it is propelling or being propelled. It make the sound of a free shooting sprinkler and it’s magnificent. There were many times in this film I got that relaxed feeling you get after a good meditation or even a massage. Thailand appears to be so beautiful. There are numerous scenes that appear chosen in color and framing as if to hang in a temple. The only thing missing is a padded stool and lovely incense. Is there a story here? Oh yes but it’s a lot like the hedonic imagery, you better not make a judgment, better to just relax and accept that everyone around us is dead. Not sad, dead.

Shall we pretend that we’re dead? Like the water propellers, there are a dozen or more deeply fascinating and ethereal objects & images. I collect these types of images in my mind. If you don’t, you won’t get it.

There are a few women, one in particular, who take care of men in a comatose state. We find out why they will never wake up at some point. Then we learn more about the living women and what their life is all about. Or is it life? This film was great for breathing exercises and armchair traveling in my lazy boy. For those who would like that and “get that” I recommend to you 8/10.