This is Knoxville doing his stuntwork all the way to the bank. Between he and Chris Pontius, my sides hrt from laughing. Check out my audio as usual and video review I tried my hand at this time. Tell me what you think. Would you like to see more video experiments from me?

from The Damien Riley Podcast of Movie Reviews https://thedamienrileypodcast.com/ep-103-action-point/
via IFTTT

Films made from novels are usually great in my opinion. I think screenwriting a story without a famous novel behind it may be fading by convention. “The Martian” is one of those hip cool novel-to-movie examples.

I read the first few chapters before seeing the movie. The understated humor and NASA space themes drew me in right away. That and the universal praise of the critics put seeing this one at a high priority. “Star Wars” proved a global love for space movies. “Castaway” did the same for survival films. It’s likely “The Martian” draws from both audiences along with readers of the novel. It’s already being given “Blockbuster” status in the press. In the story, a manned mission to Mars goes wrong and an astronaut, thought to be dead, is left behind. He uses his ingenuity and tenacity to survive. The movie is well over 2 hours and I wasn’t bored once. I give this one a perfect 10/10.

from The Damien Riley Podcast of Movie Reviews https://thedamienrileypodcast.com/ep-100-the-martian/
via IFTTT

I talk through a plot summary and review of Pulp Fiction.

As usual I’m posting my rough rewatch notes below:

Casual talk to throw you off.

Taran is really big on the right music

Next scene travolta (Vincent) and Sam Jackson are arguing logic of whats more serious, cuningulus or a foot massage. This mindless, unrelated dialog is meant to throw the iewer off

23 mins into it you have a 3rd scenario. Bruce Willisvand Ving Raimes. Accepting a payoff to throw his fight.

Marcellas wife Mia) Uma Thurman needs a chaperone to take her out. Vincent is chosen for the job.

Mis finds heroin and snorts it, over doses. Vincent takes her to Stolz and Arquette and they inject adrenaline into her heart.

Willis kills the other boxer in the ring. Bets on homself and leaves town.

They fall into a dark spiral of gimp hell

Driving around Vincent shoots Marvin in the face

Harvey Keitel is the fixer

from The Damien Riley Podcast of Movie Reviews https://thedamienrileypodcast.com/ep-99-pulp-fiction/
via IFTTT

A cool new suspense film! (These are just my unedited notes) In Darkness – Notes A blind musician hears a murder committed in the apartment upstairs from hers that sends her down a dark path into London’s gritty criminal underworld.

Orchestra playing to a movie being made very cool

Sophia is a concert pianist.
Natalie Dormer born 11 February 1982 is an English actress. She is best known for her roles as Anne Boleyn on the Showtime series The Tudors (2007-10), as Margaery Tyrell on the HBO series Game of Thrones (2012-14), Irene Adler on the CBS series Elementary (2013-15), and as Cressida in the science-fiction adventure films The Hunger Games: Mockingjay – Part 1 (2014) and Part 2 (2015). She has been nominated for Best Performance at the Gemini Awards for her work in The Tudors. She has also been nominated for a Screen Actor’s Guild Award for her performance in Game of Thrones.

The abused woman Veronique jumps out her window. murder?

Joely Richardson
For Joely, the theatre must be in her genes. Born in Marylebone, London, England, she is the daughter of director Tony Richardson and Vanessa Redgrave, granddaughter of Sir Michael Redgrave, niece of Lynn SRedgrave, and sister of Natasha Richardson. Former husband Tim Bevan is a producer. However the genes were slow – as a child she saw her older sister Natasha interested in acting but she was imagining a career in tennis. Her father put his foot down, and tennis was out. British by birth, she considers herself a sort of honorary Yank, having attended boarding school at Thacher in Ojai, California. Beginning in the ’80s film became her life, from small parts in Wetherby (1985) to BBC dramas such as Lady Chatterley (1993) to today’s Disney studio going to the dogs in 101 Dalmatians (1996).

Ed Krein (Pushed his sister to her death- Father ordered it
Ed Skrein grew up in North London, graduated with a degree in Fine Arts from Central Saint Martins, and is one of the most highly versatile artists of his generation. He was selected by Screen International as one of their “Stars of Tomorrow” in 2013, which showcases the next generation of talent from the UK.

This year, Skrein will appear in the comedy crime film, Kill Your Friends (2015), directed by Owen Harris (Black Mirror) and alongside Nicholas Hoult and James Corden. Based on John Niven’s 2008 novel, the film accounts the story of a 27-year-old A&R man working at the height of the Britpop music craze and going to extremes in order to find his next hit. Kill Your Friends (2015) screened at Cannes and was purchased by Well Go USA Entertainment, which will release the film on April 1st.

Last year, Skrein starred in the action crime thriller reboot, The Transporter Refueled (2015), directed by Camille Delamarre and produced by Luc Besson and Mark Gao (Lucy, Taken Trilogy). Skrein portrayed the lead role of Frank Martin, a former special-ops mercenary who now spends his life as a transporter of classified packages for questionable people on the other side of the law.

In 2013, Skrein appeared in the critically-acclaimed and BAFTA and Critics Choice Television Award winning HBO series, Game of Thrones. Skrein portrayed the character Daario Naharis, originally a lieutenant in the “Second Sons,” who takes over the company after killing his superiors and aligns with Daenerys Targaryen (Emilia Clarke).

In 2012, Skrein starred in Revolver Entertainment’s critically-acclaimed drama Ill Manors, written and directed by Ben Drew. The film revolves around the lives of eight characters as they struggle to survive on the streets. It takes place over the course of seven days, each story blending into the others, painting a gritty picture of a world on the brink of destruction.

At the funeral, Upon being taken back to the victim’s father’s apt, Sofia steps on something encased in glass.

After visiting with the brother, Sofia realizes she has the usb. The dead woman put it in her jacket pocket.

from The Damien Riley Podcast of Movie Reviews https://thedamienrileypodcast.com/ep-98-in-darkness/
via IFTTT

Welsh legends and ghost sightings permeate this film. Is the daughter really dead? That is the question. Sean Bean’s character as her father seems to be the stoic sensible one while her mother Maria Bello’s is more desperate to believe anything. Was anyone duped? That’s what we waited to see through the running time of this film. 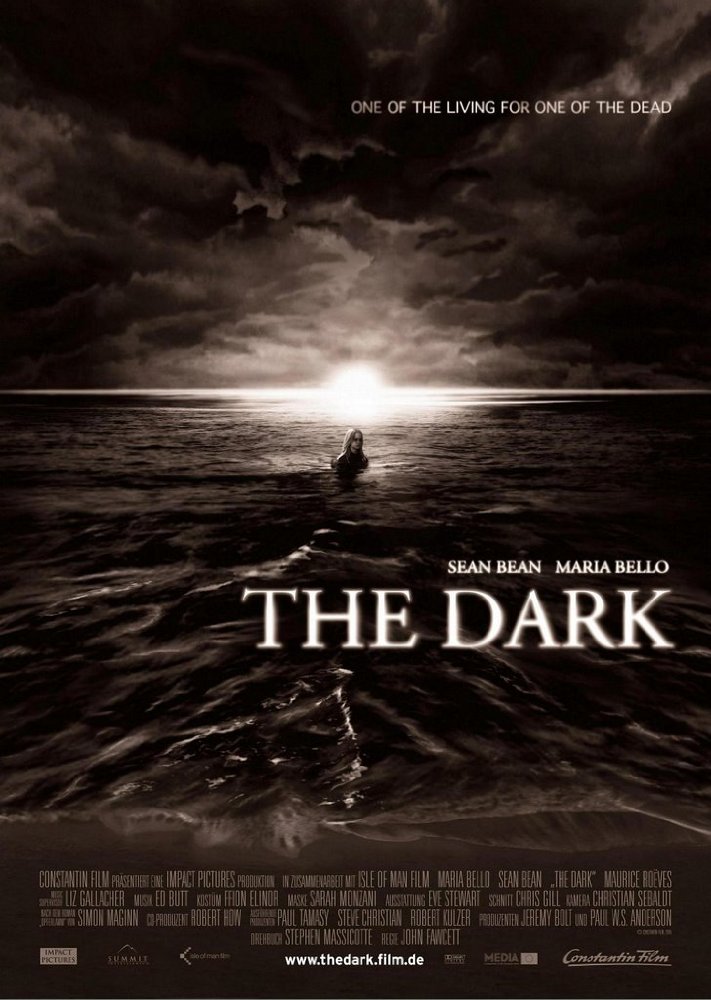 In mourning over the tragic drowning of their daughter Sarah, James and Adèle are visited by Ebrill, a young girl who claims she died 60 years ago – and bears a startling resemblance to Sarah.
Director: John Fawcett
Writers: Simon Maginn (novel), Stephen Massicotte (screenplay)
Stars: Sean Bean, Maria Bello, Sophie Stuckey

The director John Fawcett is also a producer, known for Ginger Snaps (2000), and Orphan Black (2013). Ginger Snaps has achieved cult status and is always a hoot to watch for it’s horror and teen ridiculous nature. Orphan Black is a tv show I really enjoyed, mostly due to the lead actress. Both of these works took enormous chances in doing something different. That’s probably why both were so successful.

Sean Bean and Maria Bello do a good job but since Sean Bean is so eponymous with The Lord Of The Rings, I couldn’t help but expect him to pick up a sword or slay and Orc. He wants his ex to accept their daughter is dead because he is rational, not unfeeling. Bello will not accept this and that’s what takes us into the supernatural portion of this film.

I’d have to say this one is a lot more predictable than Fawcett’s other two works I have mentioned. For that reason, I would recommend it as a light mystery/horror but not one you would clear your schedule to see. It does drag on a bit and doesn’t keep you guessing much with it’s simple story line. Add it to your Amazon Prime “worth watching” list, but maybe not your “must see” one.

from The Damien Riley Podcast http://bit.ly/2KYLAvU
via IFTTT

Sarah made me get a pedicure. They used what looked like a standard cheese grater on my cracked heels. “It will be relaxing” they said. 😉 Well in truth, it has felt pretty good. Guys, go for it. This isnt my first but the first time they got out the cheese grater. lol.

Now Watching this foreign drama. One review said “Be open to this film.” That was all I needed. If it’s amazing I’ll let you know. Anyone out there seen it? Care to share? Spoilers are fine w me.

My score: 8/10. “Barracuda” is an interesting film about an unexpected visit from a supposed 1/2 sister. Allison Tolman is the most recignizeable one and she puts on a great performance. This thriller was very exciting though seemed to lose its way once or twice.

My output days on the podcast are Mon and Thu. Well good morning. I have 4 films to podcast on today: The Female Brain, Headless, Upstream Color, & Professor Marston & the Wonder Women. You’ll hear about these later. Stay tuned for when I announce the release. Did you see these movies? How are y’all doing?

What ads and trailers for this film say to me: “Hello. We are young people and we have no original ideas for movies.”
Look. Han Solo was a pretty good character in a Space Opera called Star Wars. Why can’t we stop it. Please, people who make these contrived prequels, stop it.