This sequel to ‘Finding Nemo’ pleases with the introduction of some new hilarious characters, a similarly cute story, and the unforgettable talent of Ellen Degeneres. 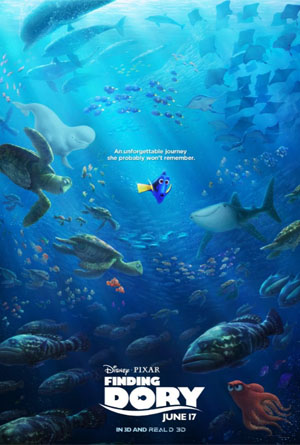 The question for viewers should not be, “Why is this good?” but rather “Why did it take 13 years to make this sequel?” Some movies are difficult to improve upon and This film betters ‘Finding Nemo’ (2003) in some ways. However, in other ways it is fish food compared to the live bait we viewers took in 2003. For example, no scene touches the amazing dentist office escape sequence in the first movie. Still, there are some new characters and laughs well written in ‘Finding Dory’ that do their own pleasing and that makes it well worth going to see.

The seals are among my favorites. You have two Laurel and Hardy types that love their rock as if it were a heated waterbed at sea. A funny third reminiscent of Beaker from the Muppets, tries to sneak up on the rock to have “a taste” but the two kings of the mountain always shuffle him off. This is a recurrent gag that works very well as comic relief. Then again, do we need comic relief from the amazing comedy of Ellen Degeneres? Not in theory but here she is the voice of the main character. In ‘Finding Nemo’ she herself was that relief. For anyone wondering if she pulls it off as a main comic, yes, she passes with flying colors. 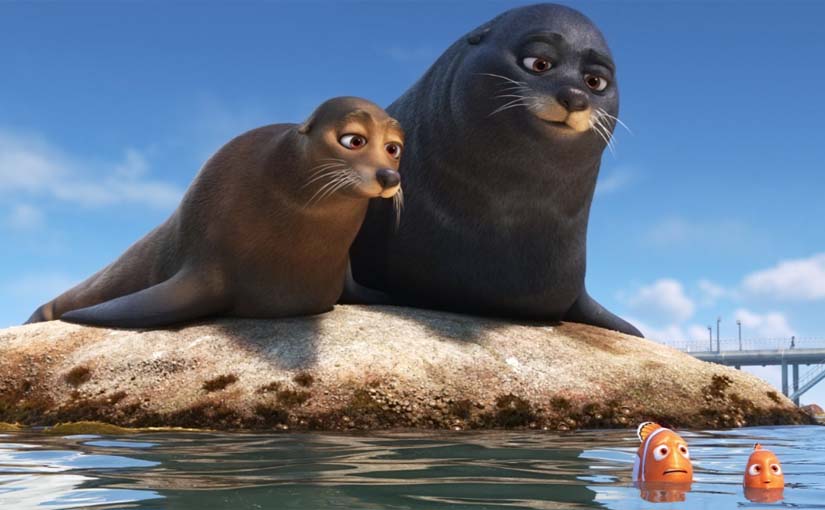 The story is identical to the first one only this time it is set in a wildlife preserve/theme park/museum sort of place. Dory remembers her parents that she lost prior to the first movie and she wants to get back to them somehow. This is made nearly impossible by her short term memory loss. Dory runs across a litany of new fish in the new setting, the most notable is an octopus named “Hank,” voiced by Ed O’Neill. Hank starts out as an antagonist but before long, Dory wins his affection and he ends up being the one who can help her most in getting back to her family. Virtually every aspect of the movie parallels number one so I suppose that could have been improved upon with some original sidebars.

The movie was originally set to be made for Disney by Disney’s experimental group “Circle 7 Animation.” That didn’t work out and the rights went back to Pixar who created the first animation for Disney on ‘Finding Nemo’ in 2003. In conclusion, I recommend this film to you but with a microscopic caveat that it isn’t base on anything original (to speak of, the search for her parents is slightly different than the other way around in ‘Nemo’). It lost a star from me for that. Still, I had a blast watching it at the drive in. I hope a lot of people get a chance to see this film.