Ruby Sparks is a romantic comedy written by Zoe Kazan. Ruby is a fictional character thought up in the movie by a successful writer in his early twenties played by Paul Dano. 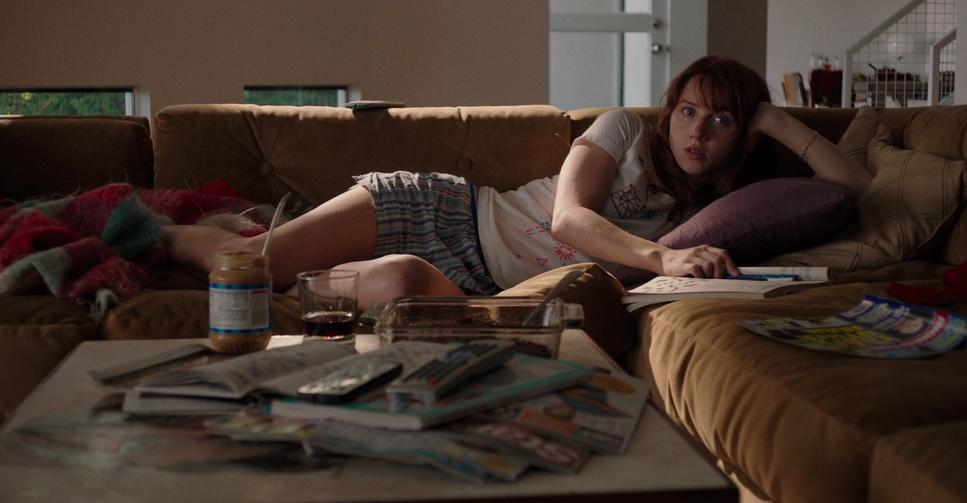 Much to his surprise, one day Ruby comes to life and takes on the role of his real life girlfriend. After that a roller coaster of emotions and love lessons ensue. For me, the strongest message in the movie is about the power we try to exert over each other in relationships. It has a truly all-star cast including Annette Bening, Antonio Banderas, Elliot Gould, and many more. Though the film started slow for me, it picked up in the middle and became a very fun and emotion-filled ride. I read online while watching the movie that the actress playing Ruby, Zoe Kazan, is the actual writer of the movie. For this reason, the audience gets the perspective of a woman being invented and controlled by an actual woman writer. I was impressed by Miss Kazan and will look for more from her in the future.

Final Thought: Relationships are often funny but more often perplexing. This movie uses metaphor and satire in the form of this invented woman to address some of those difficult issues. Paul Dano does a very nice job as a young writer trying to figure out life and love. He has definite ideas about what Ruby should be and he writes them clearly. I felt a real-life connection to what he was doing when he “wrote Ruby.” I thought at one point, “How would I ‘write’ my wife if I had the magic typewriter?” Through most of the movie I knew I would not rewrite her one iota. I think that is the message of the movie. We want “the perfect spouse” but in reality, we don’t know what that is for us. Better to let our spouse have her/his imperfections than try to craft them into something “perfect.” If those themes sound interesting, you’ll love this romantic comedy. I give it 5/5 stars. In some ways for me it was a perfect film experience.