I chose to review this nearly-classic animated Disney film because it’s truly a great film that should be remembered as such. 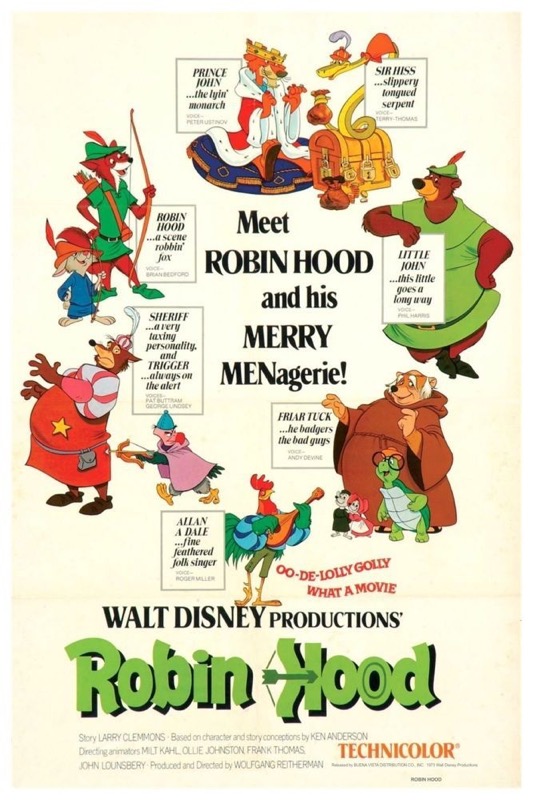 It may have disappeared temporarily into the annals of rentals and downloads but it stands up and even towers over the best that newer decades of animation have to offer. No one can say this one is boring. Not only does Disney’s “Robin Hood” has some of the most hummable songs is all of musical theater, the actors voices in the film make it an adventure even a young boy would treasure. These are just 2 of its accolades.

How do I know this film is amazing? Well, somehow even before VHS, I happened to see this film multiple times as a boy. Songs like “Ooodelolly,” and “Love” stuck in my head before making me a lifetime fan.

Maid Marion and Robin Hood develop a love relationship that is like no other Disney love. They would do anything for each other.

Other characters have huge personalities as shown through voice. One that springs to memory is Friar Tuck when the Sherrif of Nottingham tries to take the last farthing from the church box. You almost hurt for the Sherif as he gets clobbered with a club over and over again.

The age-old story of Robin Hood robbing the rich and giving it to the poor is debated. Still, this Disney animated film gives us love and chivalry to believe in.