More mystery than horror as advertised, this indie film gains points with a gritty story. 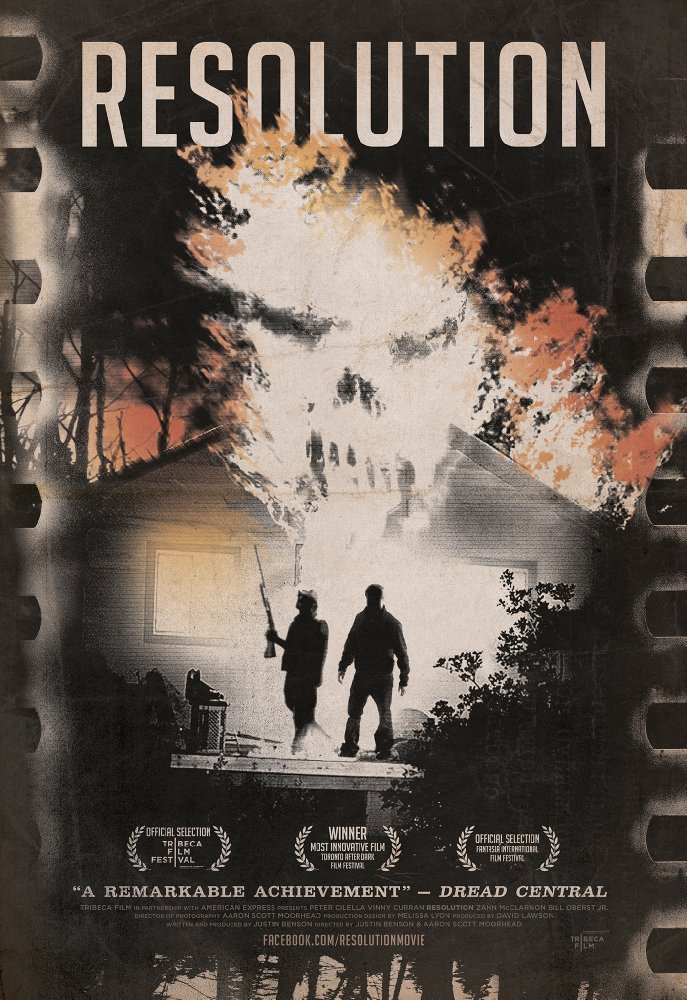 A man imprisons his estranged junkie friend in an isolated cabin in the boonies San Diego to force him through a week of sobriety, but the events of that week are being mysteriously manipulated.
Directors: Justin Benson, Aaron Moorhead (as Aaron Scott Moorhead)
Writer: Justin Benson
Stars: Peter Cilella, Vinny Curran, Emily Montague

Indie films obviously don’t have Spielberg level budgets so they are forced to create suspense and scares on an often limited dime. Resolution does that well. Using simple camera tricks and angles, a supernatural theme is woven throughout the story. While it is very scary on its own, unfortunately it never achieves what I would consider the level called “horror.” I was actually searching IMDB for horror films and ran across this one. It lost points with me because about 4/5 of the film’s plot is devoid of any horror. Still, I was treated to a surprisingly high suspense story that had me on the edge of my seat. The ending will be up for interpretation based on the individual.

The story is about a meth addict and his best friend who chains him in an abandoned mountain house hoping to get him to rehab. As the story progresses, a series of supernatural events occurs, sometimes in the form of real life characters like drug dealers or addicts living in a nearby cave. Other times, the unseen force is sardonic and life threatening. There is also an element of time travel here. To avoid spoilers, I’ll leave it there. All in all, Resolution earned points with me for having a great story and for using low budget camera tricks in a very deft fashion. It lost points by me in advertising itself as a horror film and for not quite explaining things as it closed in an exciting yet puzzling twist. I felt a little cheated things weren’t better explained. Still, I highly recommend it as good fun.

Watch Now from 3.99 on Amazon Video