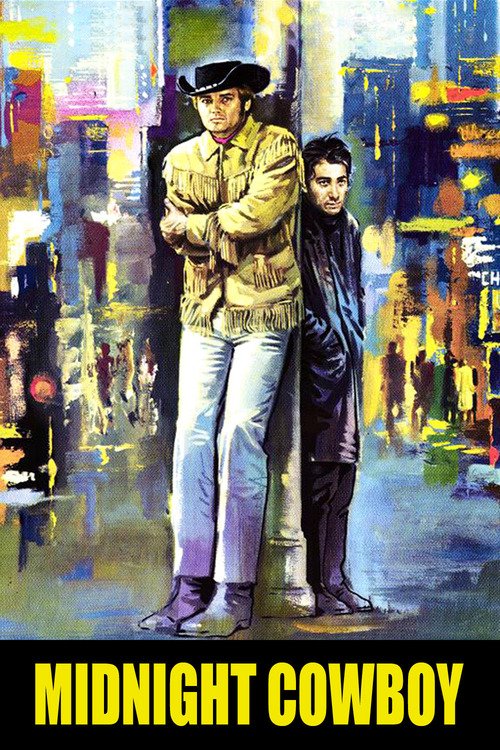 I almost feel like if I don’t give this film 5 stars, bad movie karma will visit me. It is mentioned in so many reviews I read as well as in interviews with directors and actors. It was released with an “X” rating which is laughable by our standards today. I think you see one female breast in about three short, clothed sex scenes. It later received an R rating.

This film is old, it came out the same year I was born.

Oldies are often goodies though and “Midnight Cowboy,” while gritty, is a drama treat with award winning actors that make the story come alive.

I love movies that show us the naked city. From the playbills stapled and frayed on side streets to the honking of taxicabs. People are trying to survive and we get to travel with the camera, taking it all in. Of course, we can pause at any time or come back to revisit another time. People in the real city can’t. Maybe that’s why we like watching what they will do, often out of desperation.

Just seeing John Voight and Dustin Hoffman in their prime is very entertaining.

These guys were showing us acting like university drama instructors here in their mid twenties. John Voight has always struck me as one dimensional and stupid. That actually works for his character here. Hoffman is a con man, a sick one at that. We get a slice of 1969 in this very well made and incredibly acted film. I recommend it but it’s not “all that”

Brief Synopsis: Man moves to the big city and makes an unlikely friend.