On Netflix as of 4/11/2018. My Score: 7/10 Francesca Eastwood, yes the daughter, plays the glam graduate student of art who gets distracted by the crimes of others and chooses to cope with her trauma. I enjoyed this imperfect film. Listen to my audio review below and read my written review lower. 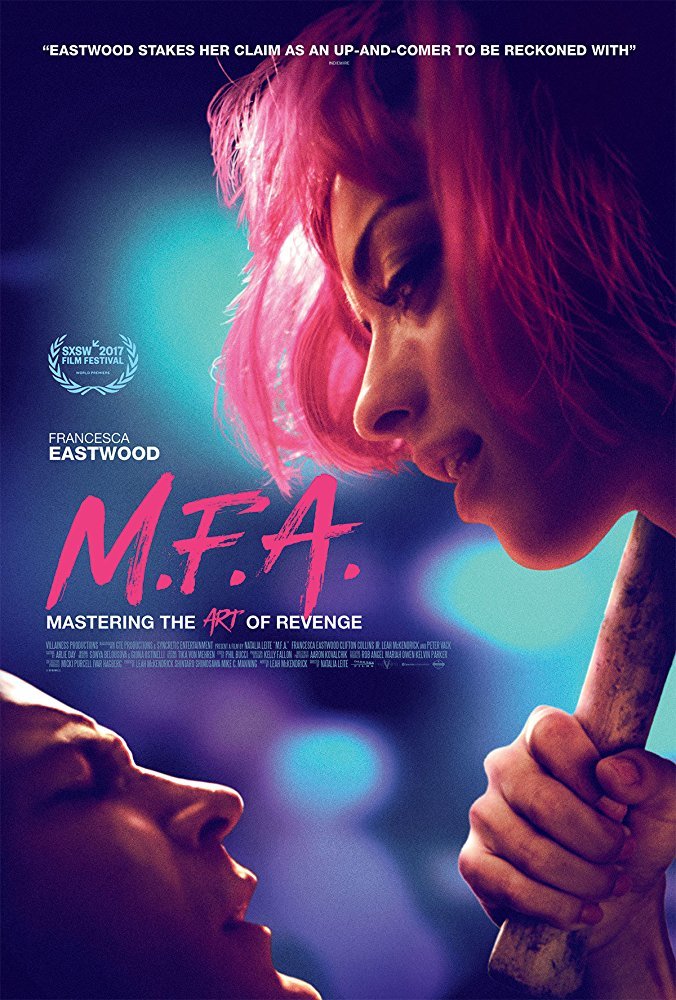 Pros: Francesca Eastwood, yes the daughter of Clint Eastwood, fronts this film of vengeance. It’s interesting to watch her struggle to improve her art and finally get recognition for it. Her facial expressions add to her acting abilities. In general, this film is fun to watch. Needed more good men, most are depicted as savages. The film remnded me a bit in tone of “American Mary” though not as body horror and not as gory.

Cons: Some of the material is non-credible. Suicides and covering tracks so well no one sees for a long time what is happening. The film assumes that most women would justify killing rapists. This is somewhat dealt with in the end but not completely. I wouldn’t call it horror it’s more of a thriller.