My score: 7/10. Interstellar brought in a new sub-genre of sci-fi we can call “oddity.” “I Origins” fits into that category I think because there is a whole lot of oddity going on here. Most of it is interesting and intriguing but there are times I have to admit the details were lost on me. 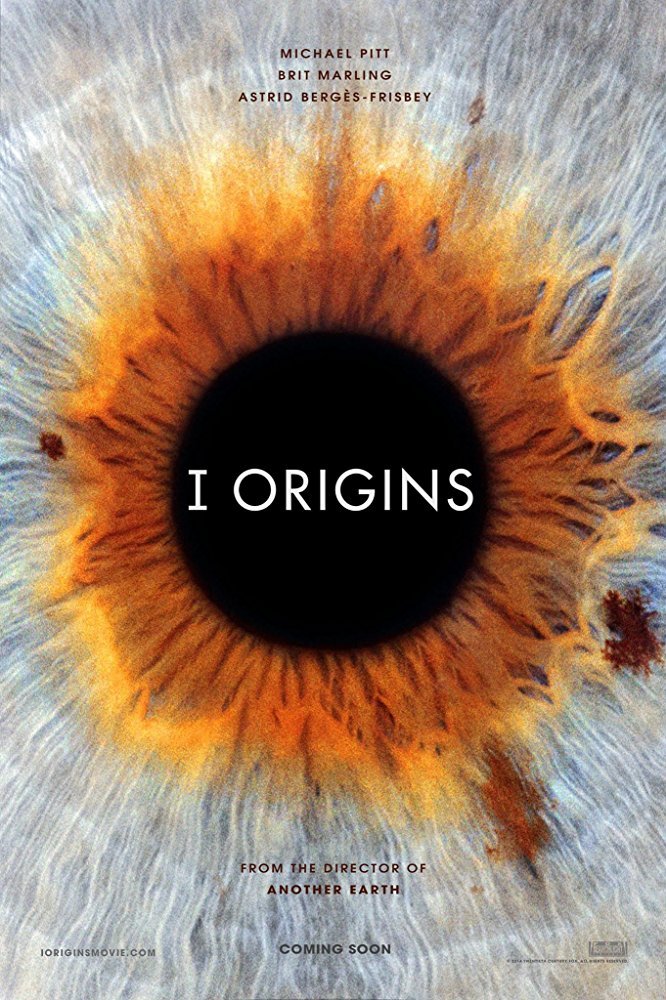 The director gave us “Another Earth” which is also a sort of dreamy sci-fi netherworld. I don’t think all things in his films are meant to be understood but rather felt. Retina photos are like fingerprints which allow a scientist to identify people anywhere in the world. That, in fact, is where this film takes him as he studies and makes conclusions based on people’s eyes.

I thought things were jumping around in time but discovered there is only some of that going on. This film will require your full concentration to get what is happening. At the same time, if you open yourself up to the film, I think you will be pleased with it and its final result. Because it will not appeal to traditional audiences who prefer more simple answers, it loses a couple of points. Still, I did enjoy it but understand it does require your full attention until the end. 7/10.