“Brave audiences will be rewarded.” That was what Variety said on the film’s poster. I couldn’t help but be curious about that. It’s well written! I hope I can come up with a few like that in my review! The abduction of a 16 year old girl by a twisted sex-obsessed couple makes for a grisly, suspenseful plot. 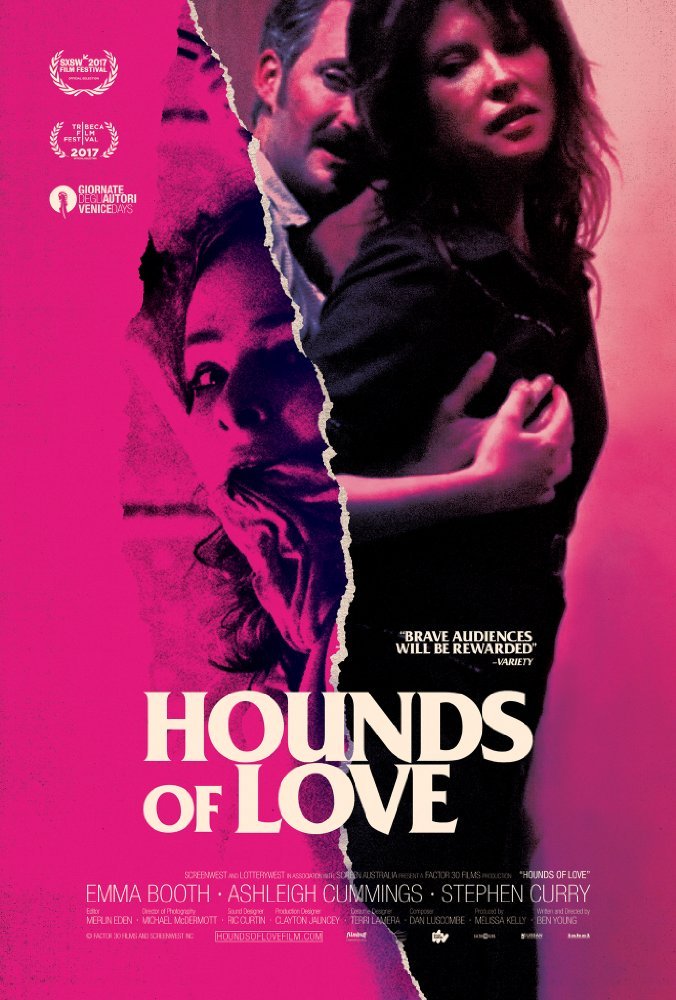 Vicki Maloney is randomly abducted from a suburban street by a disturbed couple. As she observes the dynamic between her captors she quickly realises she must drive a wedge between them if she is to survive.
Director: Ben Young
Writer: Ben Young
Stars: Emma Booth, Ashleigh Cummings, Stephen Curry

Ben Young did a great job directing this Australian based film. He is known for Something Fishy and Bush Basher. I found his vision astounding. It’s likely he met with some opposition making this film. It is indeed twisted as it takes you into the lair of this criminal sex ring where abduction, rape, and murder are commonplace. When the girl is chained, we are chained. It also a very personal movie the way it is filmed at such close range.

I like how it’s realistic. The acting on the part of the young girl’s mother is top class. You want so badly for her to discover where her daughter is, she’s a really great actor. If you can get through the horrors inside the house, you will indeed be rewarded. Te details aren’t necessary here, it’s a typical psycho-sex thing going on here but there is indeed something that makes this film special in that genre. Ashleigh Cummings’ character has to use psychology to drive a wedge between the couple if she is to survive. That process makes this film highly entertaining and definitely worth your time. I can’t think of anything they could improve upon. While the subject matter is highly graphic, and that may put off a handful of viewers, I still say they hit the bullseye with this as thriller, crime, drama. I give it my highest recommendation.