I hope all movies don’t follow the trend of using their genre hashtag as title, but here it is unique and pretty cool! Based on the content, it does fit. The woods are always a good place to start a horror movie. You wouldn’t think to find a rich girl’s fancy home there but in this case we do. What follows is a bloody film showing some of the worst girl bullying and maybe the most violent bonkers from Timothy Hutton we’ve yet seen. 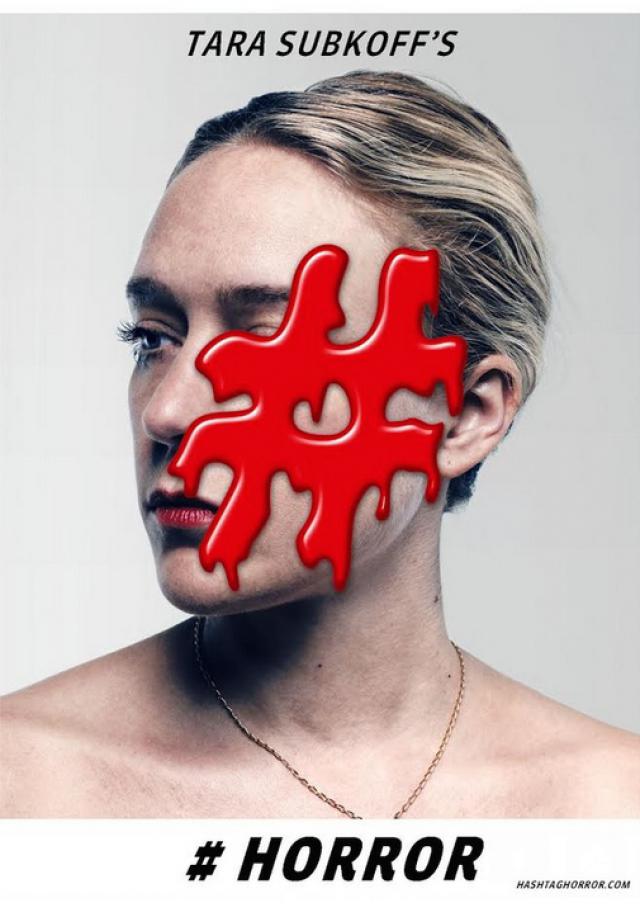 Director and writer Tara Subkoff gets kudos from me, even though this film is a bit predictable and not very credible. She’s been in some great movies like, The Cell, As Good as it Gets, and a host of others. This was her first try at directing and it takes a lot of chances which is commendable. Whether she learns from them for her next film will be the real test.

Lead actress, Sadie Seelert hasn’t gone to the trouble to put her info into IMDB, which annoys me a little. She does have one other film under her belt called Callie Wants a Solo. I’ve never heard of it. Young actress Haley Murphy has neglected her bio the same way but we do know she has done Silent House (2011), My Best Day (2012) and #Horror (2015). All the actresses are very pretty and they memorize their lines. Unfortunately, much of the film reminds me of a forced skit in drama class. Usually with horror though, one can get away with forced acting.

The film is basically the girls bullying each other on social media while alone in their parents’ house. People start mysteriously being killed and … yes there is an ending that reveals all. I enjoyed it in as much as it gave me a talking point with my 12 year old daughter. Even when the acting seemed fake, she did assure me girl her age engage in that.

Timothy Hutton plays one of the main character’s dad. He pushes the other girls, squeezes their arms and yells at them. His purpose is just but I did not find this character believable. If he was, I don’t think I’d ever let my daughters out of the house with their friends. Dad’s don’t just threaten their daughters’ friends like that. Still, the film was not horrible, I did enjoy watching it. It brought up a lot of good discussion points. Alot of us older folks (40 and upward) may have forgotten what peer pressure and bullying looks like. This is a modern reminder.

As of publishing this, it was streaming on Netflix.

One Reply to “#Horror”