It’s deja vu all over again. This time it’s a sexy female college student living the day of her death over and over et al. 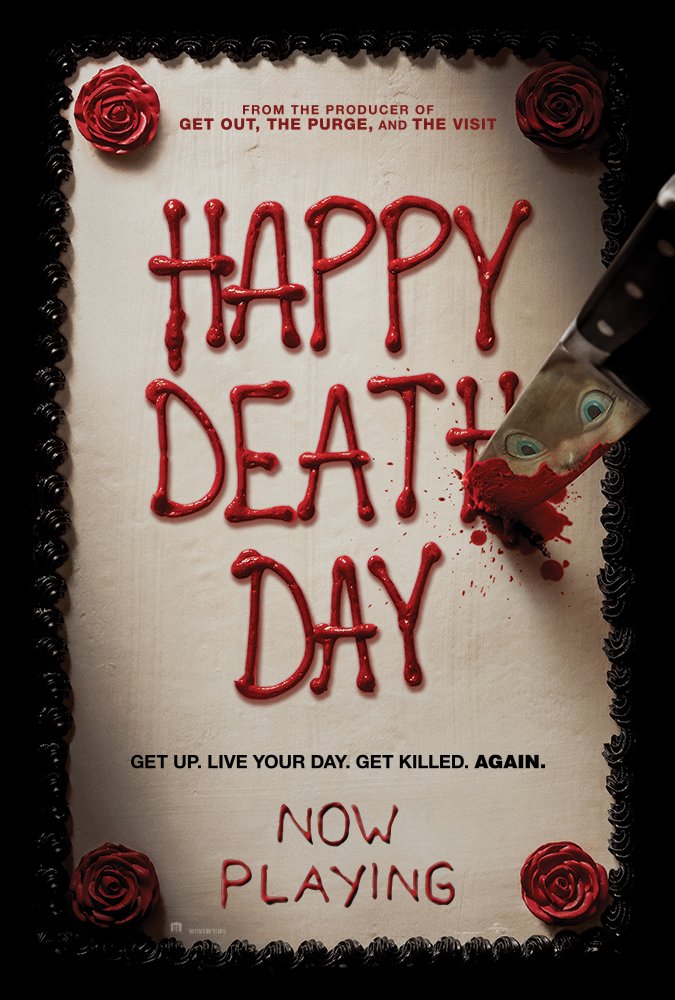 A college student relives the day of her murder with both its unexceptional details and terrifying end until she discovers her killer’s identity.
Director: Christopher Landon
Writer: Scott Lobdell
Stars: Jessica Rothe, Israel Broussard, Ruby Modine

The director has already impressed us with some great films. He wrote the Paranormal Activity films and directed Disturbia. Because of that, I won’t be too hard on this latest film because it does not register with me as horror.

It pays homage to Groundhog Day in the final scene. Good thing too because people would have been slamming it if it had not. It is Groundhog Day with a hot blonde and a kill aspect. Thank you you may go home now.

Seriously though, I was entertained until the end when nothing was resolved. You could make an argument things fit but I just didn’t get that Ohhhhhhhh feeling when a mystery comes together. That made me sad because there was a long buildup just to find out … I’ll leave that to the viewers.

Not horror. I kinda felt misled.

One thought on “Happy Death Day”