This is one you can ignore most of the critics on. It’s a very funny movie that scored low but one you may laugh very hard at. As a teacher I found it relate-able and silly and stupid and lame and laugh-a-minute. Sometimes the stupidest comedies are the most fun. If you agree raise your hand and leave me a comment. Come join my club. 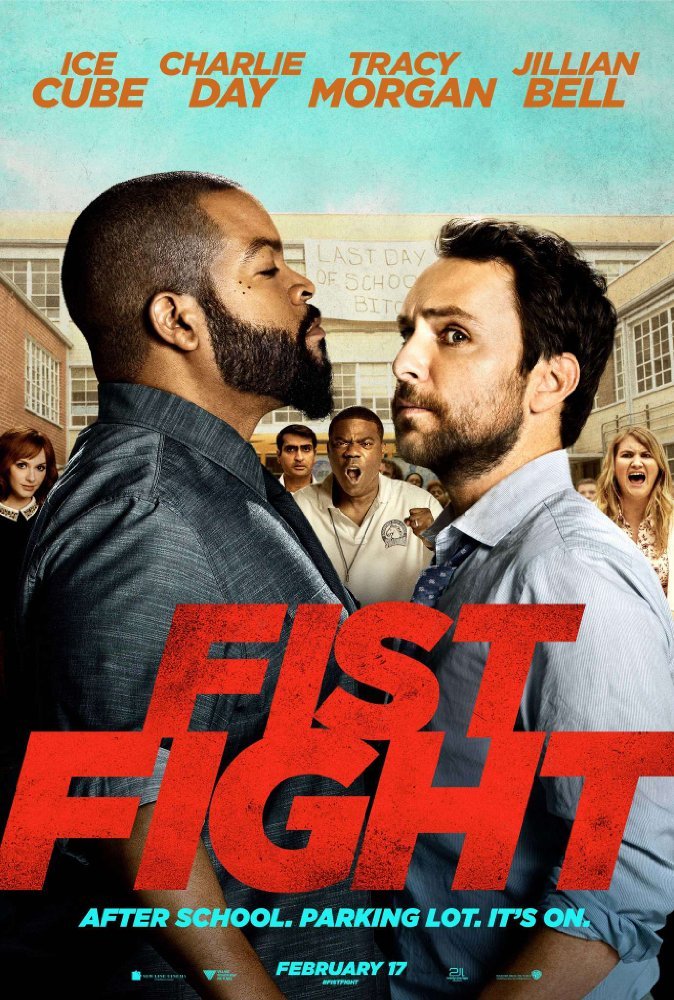 It’s funny to see what people think about teaching in a film like this. It’s not a documentary and it’s likely the writers didn’t do much research about the profession apart from their own perception and experience. Good thing their view of the job is downright hilarious. There are other movies who are just ignorant and even unkind to the profession of teaching. This one just has a load of fun poking fun at a profession and an idea about it. Of course you know I am a teacher so I’m just a little more observant about the characterization and plot details of films about it. This one portrays very little in an accurate way but the jokes are so damn funny anyway. We’e ALL been students. What a funny premise that teachers get into a fist fight!

Ice Cube is a street level teacher. Charlie Day is the stereotypical dorky teacher. He drives a boring white minivan and his wife is pregnant. He’s at the same horrible school as Ice Cube but responds to the unruly students with his tail between his legs. There is an altercation that causes Ice to challenge Charlie to a fist fight, a parking lot brawl. This is funny because teachers don’t do this: kids do. It carries the air of an Adam Sandler movie.

The director Richie Keen is a director and actor, known for Fist Fight (2017), It’s Always Sunny in Philadelphia (2005) and Hooked (2006). Clearly he has a background in edgy comedy.

Final thoughts
Again, many films show disrespect for teachers amidst their comedy. I can laugh along with that, be a good sport and all. This film was a little insulting at times but so very funny at others. I went back to replay certain scenes for my wife when she had left the room and it was worth it to see her laugh like I did. It’s raunchy comedy and not for everybody but if you want a good belly laugh at teacher jokes, go see this one.