This is a joke movie that’s fun to watch at times. Some may look at the profane title and rote satanic artwork ad be put off but really, it’s just a bloody incarnation of a teenage film like Bill and Ted’s Great Adventure. It works on many levels and fans of the genre will love the splattering blood, electric guitars, and chainsaws. 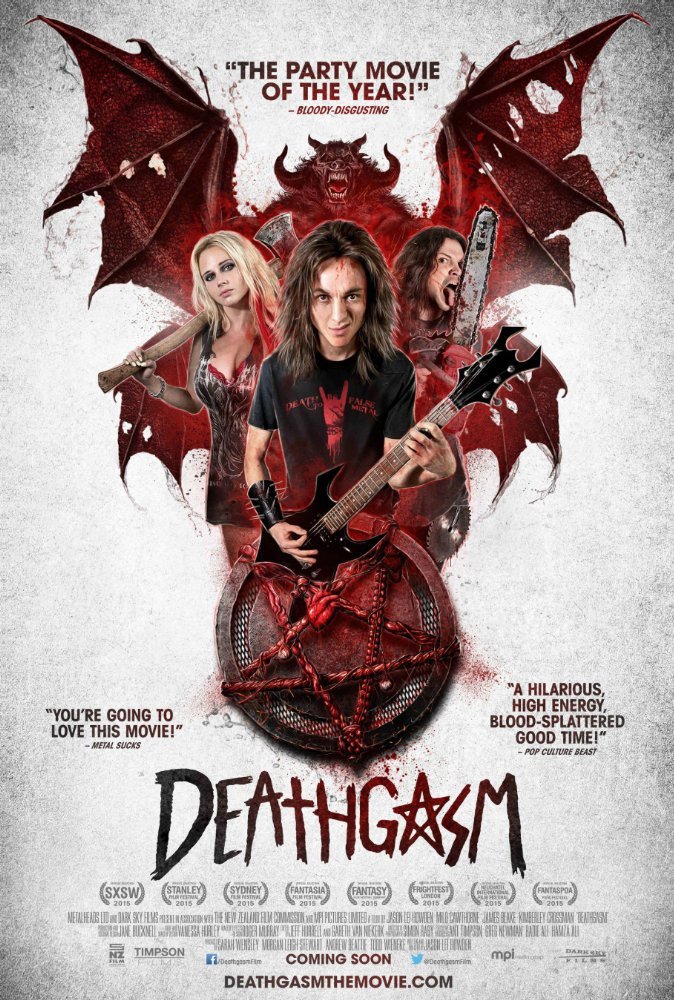 You watch a film like this to see how outrageous it can be. I would criticize it for not being realistic enough but it never claimed to be. Wayne’s World also comes to mind as an obvious comparison. Normally I like music based films and also horror/gore type films. Unfortunately, this one didn’t deliver for me in either department. If you want to get into the jokes of young men, secluded in their basement trying to start a band, this could be for you. Add a lot of blood guts and the evil one himself and you might ave a laugh with a couple of friends over some beers. The visual effects are incredible and certainly worth mentioning, created by director Jason Lei Howden (The Hobbit: An Unexpected Journey)

At time of writing this it was streaming on Amazon Prime.