I’ve shared before how much I am drawn in to asylum films. There is just something patently creepy about them. I think we all wonder what’s going on with the patients in strait-jackets and more importantly, do they know something we don’t? This film deals in those questions and fears. 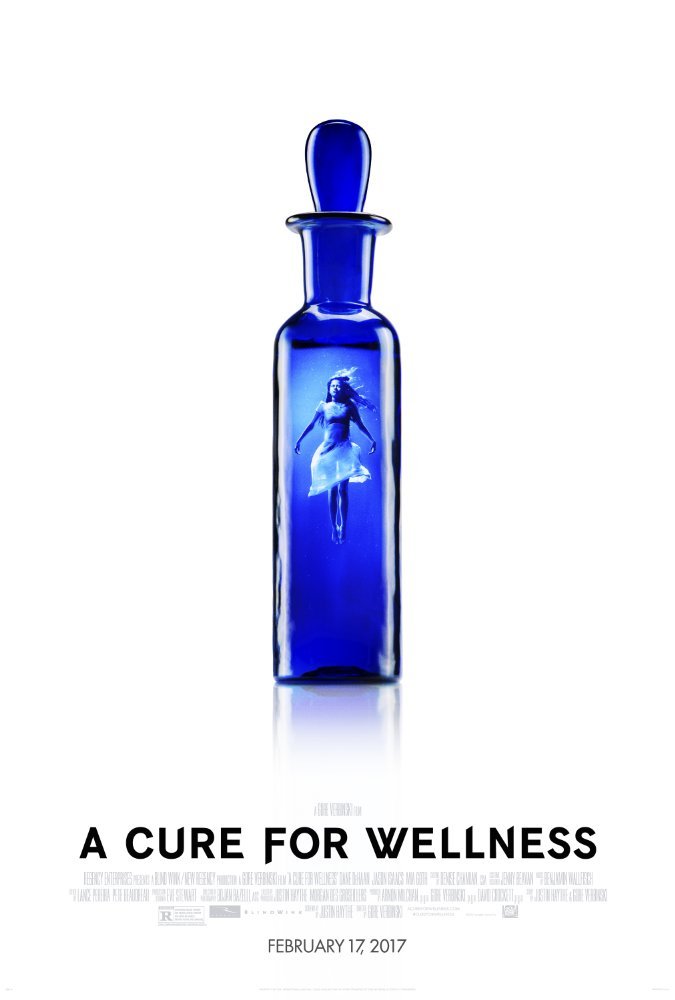 An ambitious young executive is sent to retrieve his company’s CEO from an idyllic but mysterious “wellness center” at a remote location in the Swiss Alps, but soon suspects that the spa’s treatments are not what they seem.
Director: Gore Verbinski
Writers: Justin Haythe (screenplay), Justin Haythe (story by) | 1 more credit »
Stars: Dane DeHaan, Jason Isaacs, Mia Goth

If there was a place where all the great people of the world went when they reached their mental end, it would be in this film. Einstein, Bill Gates, Steve Jobs, and the like would all be living out their long final chapters in this asylum. But it isn’t a bad deal really. There are baths, exercising, healthy food deliveries, and serpents. Well okay, I know the serpents are non-sequitirs. I will say there is some excellent acting in this film and the writing up until the last act is pretty good too. I have some issues with the end that make me question how much I should recommend it to you. Because the majority of it is so great. I will go with 7/10 and leave it at that. The way it was all wrapped up sort of weakened it’s ability to captivate me.