If a film is a thriller, posing as a horror, and being undeniably a mystery, how would I rate it? I think I’d find the most dominant genre and start there. This film works as a thriller but fails completely as a mystery. It has 3 jump scares but to me that doesn’t a horror movie make. It was hard for me to understand what the director tried to do here. This is no feel good night out film, to be sure. 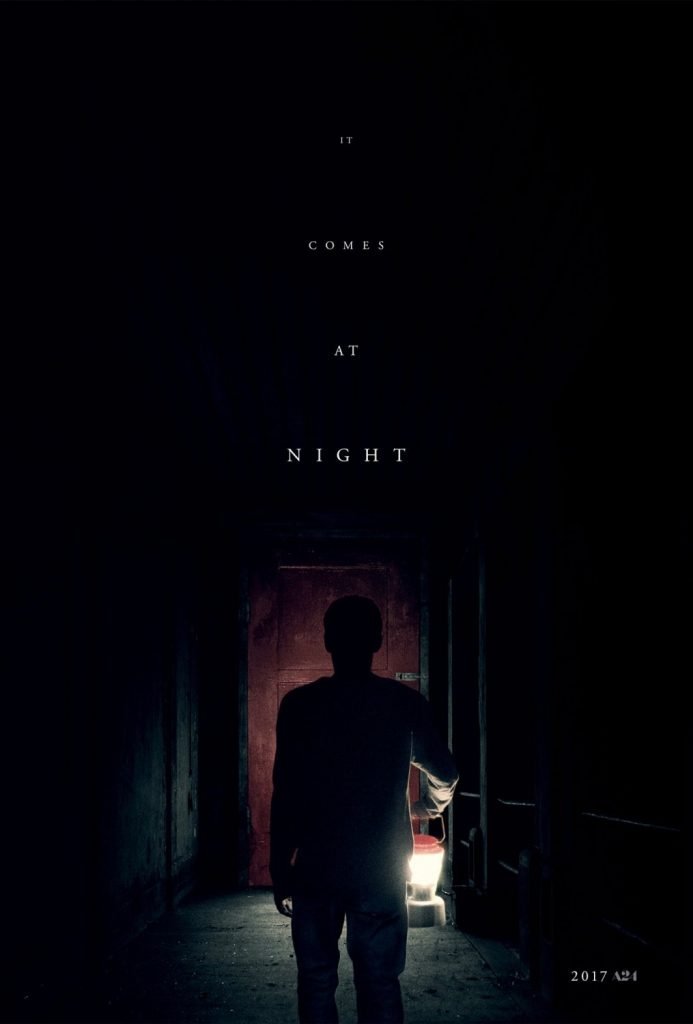 It Comes at Night

“Secure within a desolate home as an unnatural threat terrorizes the world, a man has established a tenuous domestic order with his wife and son, but this will soon be put to test when a desperate young family arrives seeking refuge.” -IMDB

Trey Edward Shults directed this along with Krisha (2015). Krisha is also a heavily depressing and unsatisfying film. Perhaps this could be a trademark in the making. In his other film, we have a woman going to a family reunion with people she hasn’t seen for years because she has been an addict and locked up in rehab. It’s awkward comment after awkward comment and it appears to be filmed on an iphone at a family thanksgiving. We can see from both these film this director foster discomfort on screen. The big question then becomes: “Why?” If you have an answer, please leave it in the comments.

Joel Edgerton is the patriarch male in the house in the woods. He plays the role well but I can’t imagine the purpose of the things he does, gun and/or axe in hand. I enjoyed him in The Gift, where he played a high school friend returning to torture a childhood bully. That was the biggest film I recall seeing him in.

This a story about a family of 3 in the woods who wear gas masks and fear their own infection by unknown outsiders. They join with another couple, forcefully and hash out tense relationships in the house, never going out at night.

We’ve seen the psychopath who demonizes innocent people in Frailty and so many other films of this theme. We’ve seen the “compound” doomsday prepper who is out to protect himself and/or his loved ones like 10 Cloverfield Lane. We’ve also seen much of what we see in this film as far as the woods and creepiness therein in the Walking Dead only this film has no zombies. This film adds nothing to the common theme. Moreover, the mystery in the film is never explained.

Final Thoughts
With so many dark issues facing us as a culture that sees films, why make such a negative, violent film? I’m confused as to the message of the director. I think it might be that if you kill one person, you’ll never be able to stop, but who knows. When the credits rolled, a watcher said, “What the fucking fuck?” I agree completely. As far as the ending of this marginal film goes. It lost points for posing as horror but most of all it lost for not concluding its own mystery. It does ok as a thriller. I don’t recommend this film.