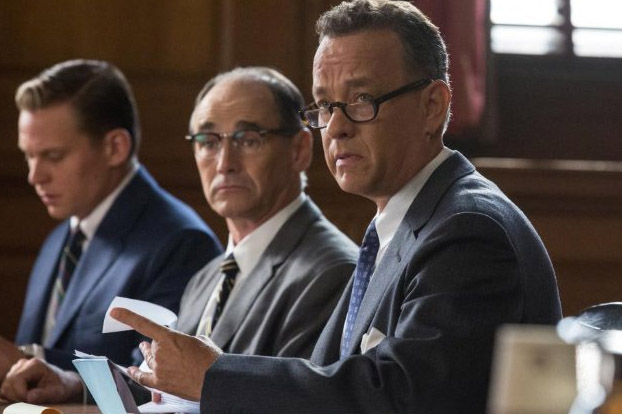 “Bridge of Spies” is a film directed by Steven Spielberg. For some these days, that may not be persuasive enough to buy a ticket so let me say it is crafted to make a historical event come alive on screen. It stars Tom Hanks but doesn’t rely on his huge appeal. Hanks lets the story play out on its own without grandstanding with his character. There’s an excellent cast with him and they all work together to make this film amazing.

There is so much to enjoy here. It’s first of all interesting because it is a true story. Second, it heralds the accused’s right to a solid defense. There is much here about negotiations in and out of country. It’s also a period piece replete with authentic props and there is a remarkable conclusion one may or may not expect.

“Bridge of Spies” is top notch storytelling about an event that should be remembered from the cold war. A couple questions are addressed:

How can people thought of as evil make grand gestures of humanity? Why should we put effort into defending the rights of those such as a foreign spy?

There are parts of those questions that require a long telling so the length of the movie may put off some. I was bored at times but I kept regaining interest. If one can keep ones attention span alive between the slower scenes, “Bridge of Spies” has many engaging moments and a most intriguing payoff. This is yet another in the sequence of movies I’ve been reviewing lately that definitely could win movie of the year. It is a story told by Spielberg worth watching.

3 Replies to “Bridge of Spies”