Brick is an exciting noir film about an innocent guy who falls into the drug culture in the suburbs, by the sea no less. It is shot entirely in San Clemente, California and really provides an experience of how the area looks and feels. I know because, just like director Roan Johnson, I grew up there! This is my contribution to MovieRob‘s Genre Grandeur topic of Film Noir Movies chosen by Ghezal of Ghezal Plus Movies. 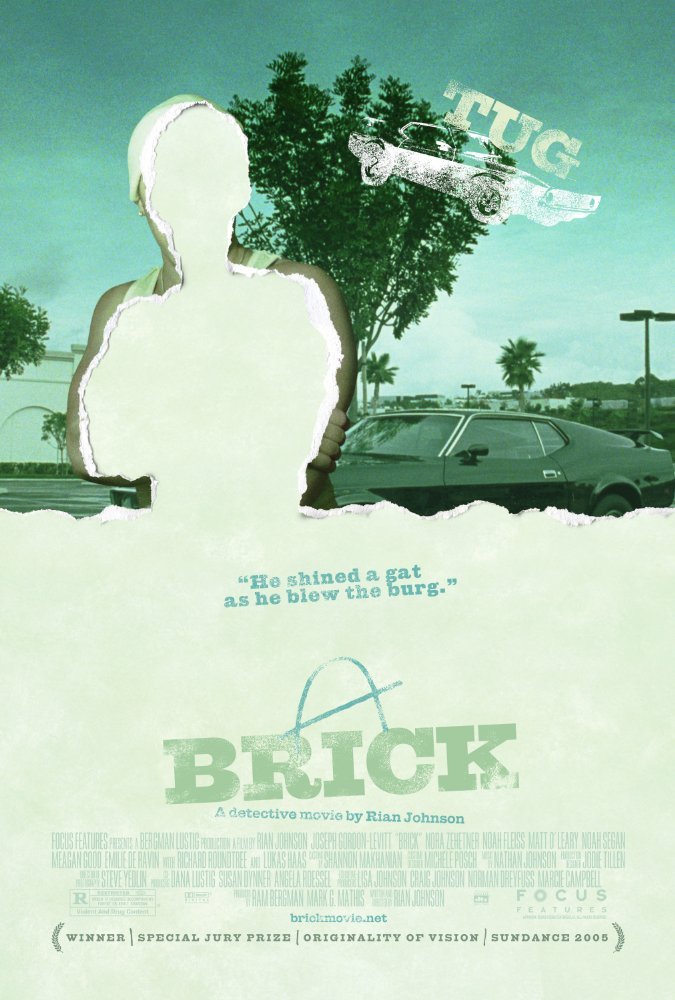 Joseph Gordon Levitt is Brendan, a half-wit drug dealer who when we start isn’t dealing but later reveals he was. Because of his history, he is a narc for the “AP” (Richard Roundtree) who seems to enjoy threatening high school students to get information though he never takes any action with that information. Brendan is seeking vengeance against the murderous kid(s) who killed his girlfriend and dumped her body in a creek. He discovers a crime ring of heroin and seeks to continue his search working with them. He finds out her druggie boyfriend was going to be with her even though she was already pregnant and the inference is that the baby is Brendan’s. There is a new girl that comes into the picture and a lot of punches in the face, cars threatening to hit Brendan and at the last-minute swerving.

I think to see the novelty of this film, you need to realize that these kids are far too organized for high school students. We can piece together here and there why each does what he/she does but there isn’t much help from the film. From what I’ve read, Brick has become almost cult status. I have to respect that but for me, it was a “made by kids” film. Kids can do a lot but when they grow up they make films like Looper, also by Rian, that blow grownups away. I loved Looper and plan to review it in the next couple of days since I watched it for the podcast. I applaud Rian for what he’s done but most of all for getting a career such as his in movies after getting out of the maelstrom of growing up “rich” in Orange County. Some do not make it out alive. Brick is a fun piece of film Noir. I’m glad it catapulted Rian Johnson as far as it has. I recommend this one as a sleepy noir serious film with some comedy.