We here in Los Angeles get it very young that some stuff hits and you see it on McDonald’s cups and happy meals and other stuff just doesn’t. It usually doesn’t stand to reason whether it’s amazing or not. I don’t quite understand why but The Boss Baby just aint hittin’ yet. That’s a shame because I found it quite hilarious and very well made. 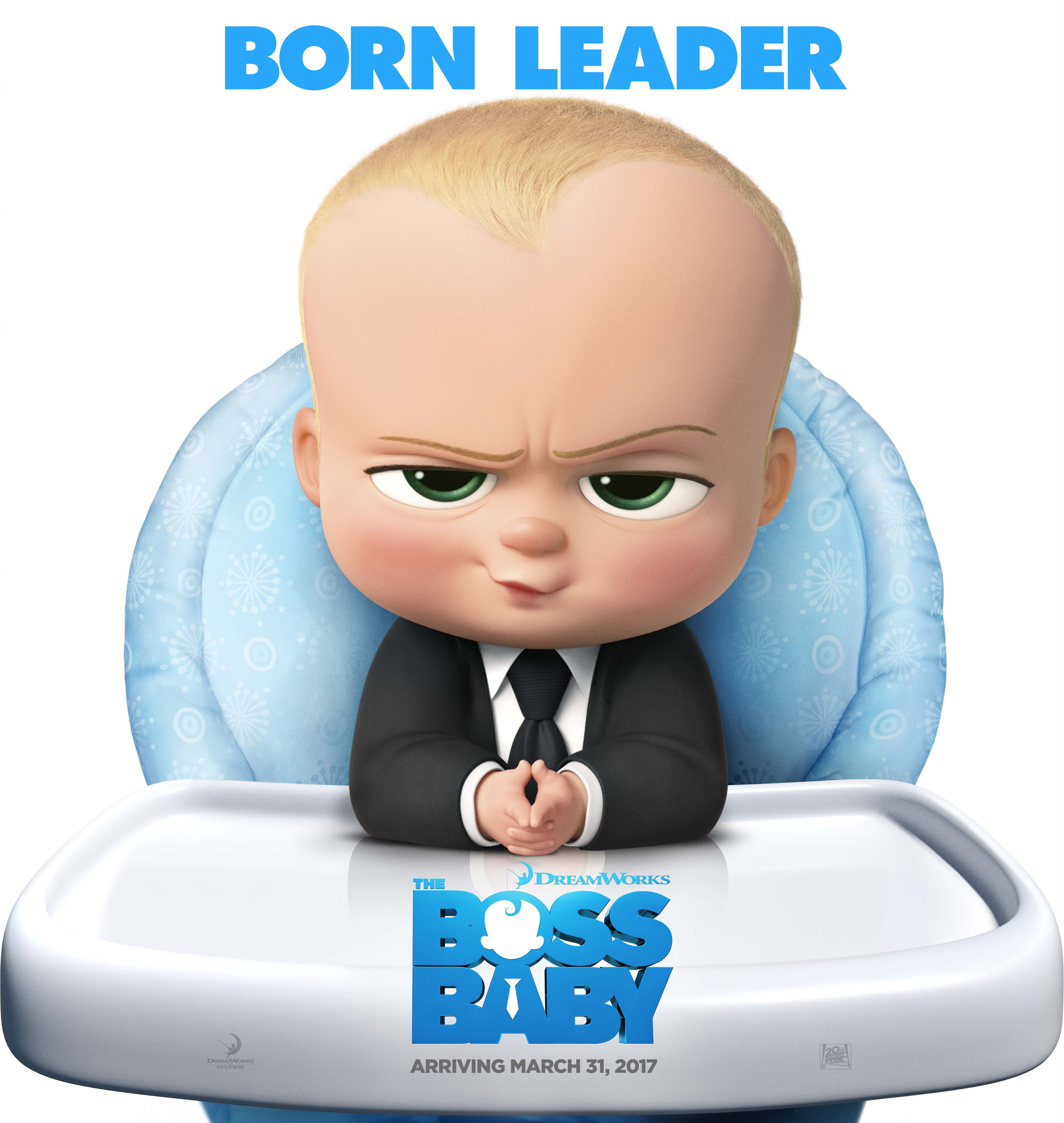 “A suit-wearing briefcase-carrying baby pairs up with his seven-year old brother to stop the dastardly plot of the CEO of Puppy Co.” -IMDB

Director is most popular as Skipper of Madagascar movies & the TV show, Penguins Of Madagascar & was a voice actor for Shrek 3 as Gary, Monsters vs Aliens as Wilson, Megamind as Lord Scott, & a bit part in Puss In Boots as a bar thief as well as being a director, layout & storyboard artist for numerous other animated movies. You can’t say he doesn’t know the niche! I’ve read reviews by big name critics that are saying this movie is terrible. Hmmm. Did they see the same movie? There are a host of great voices in this. I found Alec Baldwin most hilarious due to the fact that he is Trump on SNL.

The story is that babies are brought to us in one of two ways (neither is the scientific way). This is probably intended to help parents with that age old question kids ask: “Where DO babies come from.” At any rate, The Boss Baby has talent for the deal so he spends time in a family in lieu of an actual baby who comes later. That’s the best non-spoiler summary I can give! The story is not really important here, it’s the gags and the imagery. This film is highly colorful and engaging to watch.

FINAL THOUGHTS
I think this movie is funny and a cute way to spend the afternoon for an animation lover and/or child or niece/nephew. Sure, it won’t be like an epic film experience but you’ll laugh like I did. It has many zany and ridiculous scenes. My favorite was when the big baby would run and his diaper sagged. LOL. The sounds he makes are so funny. That should be a screensaver. I would download it! It isn’t an amazing story but it beats Life of Pets’ plot hands down. Maybe not as good as Zootopia but hey, it’s great animation. Do you need an epic story? Someone tell McDonald’s they missed their window with this one.