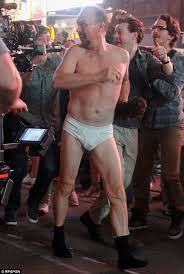 I recommend you see this movie with no presuppositions. Even the few small things I mention here should be seen as simply one critic’s opinion. I wrote this review the week of its premiere in 2014. This is a uniquely remarkable film. I highly recommend it. 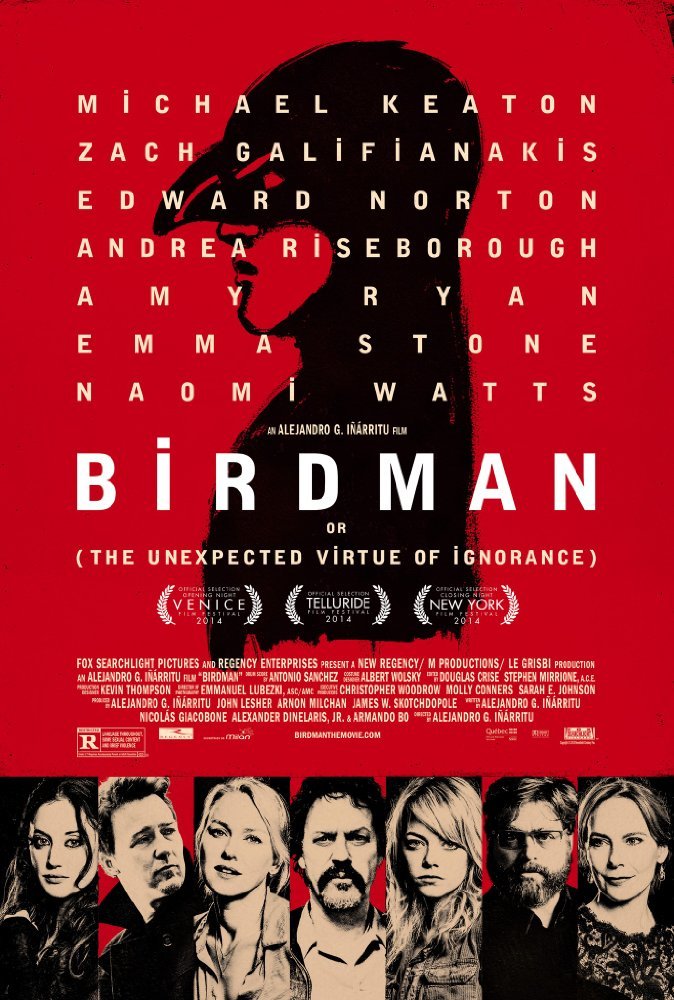 See it with an open mind. To begin: this is not a superhero movie. I purposely did not use a mock Birdman as an image for my post. Instead I used Michael Keaton in his underwear because metaphorically, this is what you get. I feel bad for the kids that may pay to go see this expecting a gritty sort of superhero that mimics the likes of Batman. This is not a lower Batman, this is a lower person and the anatomy of his breakdown. It just so happens that in this man’s life, he played a “Birdman” in a set of sequels. It doesn’t matter to the point. Birdman is a firing of brain cells in the mind of an actor who has wasted his life living for appearances and not for reality. In his words, he “has not been present” for his life. We can all get some good lessons from this movie. It portrays men as egotistical and highly capable of getting what they want at any cost. It portrays women as victims who men fail to support time and time again. The male brain is sinister at times and women find this sad. In fact, the audience is meant to find it sad. At the bottom right of Riggan’s (character played by Michael Keaton) mirror he has a quote taped on that reads: “The thing is the thing, not what is said about the thing.” Could there be an application to social media? To “getting off the grid?” Maybe. You as a viewer decide to what degree.

There is also a dream element that has already been touched on all over the internet so I won’t get too into it. There is a lot about the brain but not in the way you might think. Some see the film as a death bed reflection, others see it as part dream and part brain firing. I do not feel that this movie was meant to be understood. It was meant to be enjoyed and talked about but never fully understood. One thing I noticed that didn’t seem real was when Riggan pulled a cocktail napkin out of his wallet, showing his daughter Sam (Emma Stome) it’s significance to the play. Raymond Carver had signed it for his while he was in a bar with his dad. I din’t know about you, but receipts in my wallet start to disintegrate after a few months. I thought it was bad writing at the time but now I see it could be part of a dream or trick of the brain at time of death. Perhaps the whole movie is that.

You keep waiting throughout the film for it to make sense but it really isn’t until you’ve seen the entirety of it that you can start to form opinions on what just happened. Hallucinations permeate the film so it’s hard to see what’s really going on. I think in the end, the psychiatrists will have the best read of this film. Go see Birdman if you want to see a creative and beautifully filmed movie. It might also appeal to you that Michael Keaton, Zach Galafinakis, Edward Norton, Naomi Watts, and Emma Stone are in it. The acting drew me in like a moth to a light. It was a highly enjoyable movie experience but you have to be willing to fill in the mortar between the bricks. Once again, don’t assume it’s about a superhero. The title is extremely misleading. There is a man in a suit but he is the voice in Keaton’s head that tells him things. He isn’t real. He is, in fact, in the movie only about 10 minutes total. Ok, I’ve said enough about that. This is not a superhero film. I feel it leaves too much up to the imagination. It reminded me of the acclaimed Enemy movie that way. Perhaps the director got too close to the material and forgot the audience couldn’t get the ending. It needed to be explained more. For that reason I think a lot of people will be frustrated with this movie. I know I was. It could have said so much more about “being present” in ones life and social media and art and theater. Instead, it tries too hard to be spooky and vague and achieves it, which is also fun when you’re out at the movies. This is at the cost of a star. I give it 4/5.

One thought on “Birdman or (The Unexpected Virtue of Ignorance) (2014)”