This modern day telling of Huck Finn and Tom Sawyer starts a little slow but once the wheels start rolling, it has an understated humor I found quite funny. It’s been compared to Wes Anderson films though Id say it’s not that dry. It’s a well developed and clever that works in an entertaining way. 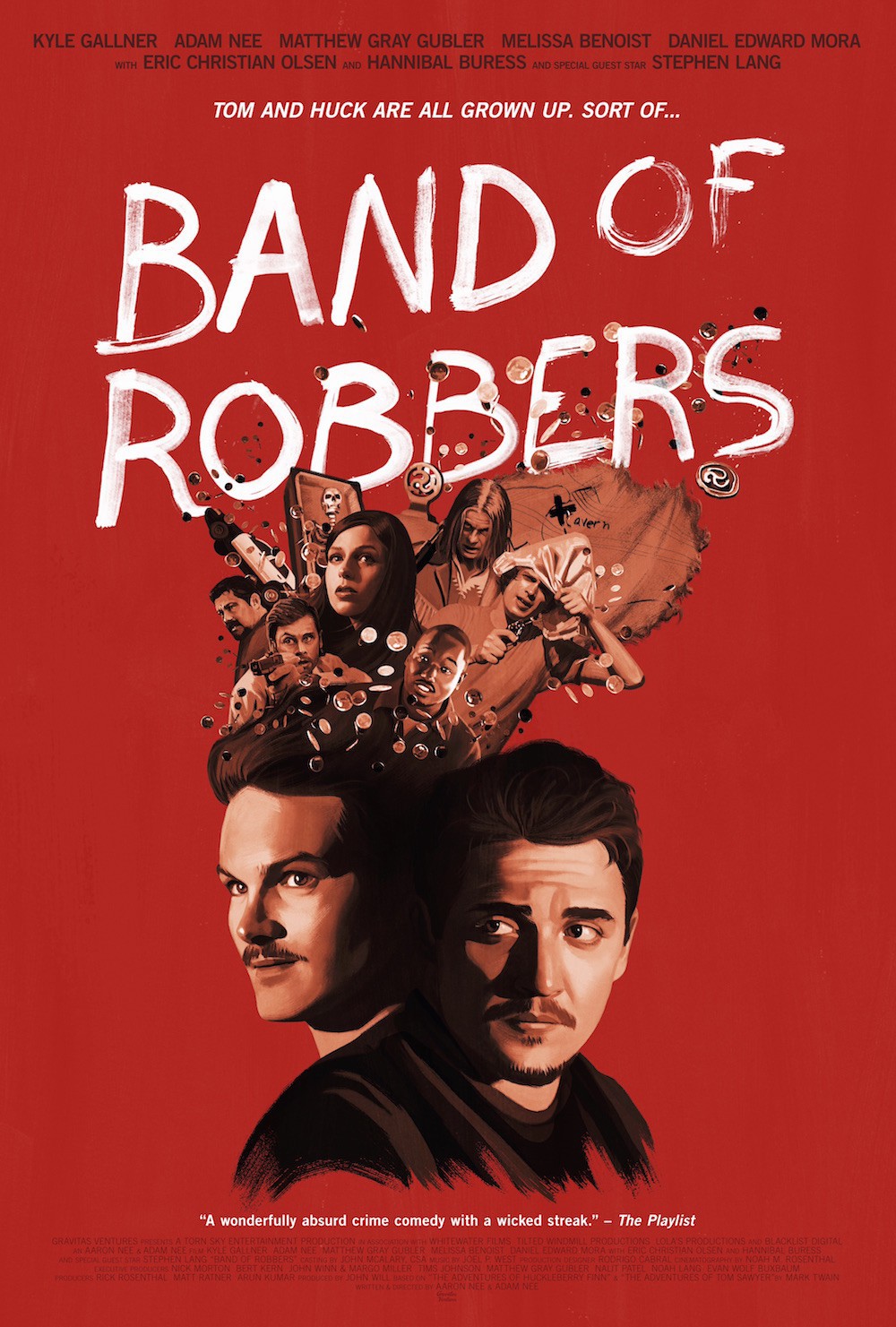 “Tom Sawyer and Huck Finn are grown men, still searching for the hidden treasure that has eluded them since childhood.” -IMDB

Band of Robbers is a crime comedy movie written and directed by brothers Aaron and Adam Nee. In this modern-day retelling, the two iconic rascals are grown up and small-time crooks still searching for the fabled Murrell’s treasure that has eluded them since childhood. The story draws heavily from Twain’s classic novels, including characters, plot twists and even dialogue.

Though it comes off as low budget, the writing is excellent which helped me get into it. One of the coolest features was seeing modern day adaptations of Mark Twain’s characters like Becky Thatcher (a cop) and Injun Joe.

Final Thoughts
If you enjoy Huck Finn and Tom Sawyer, you may really enjoy this silly film. While highly entertaining, I felt the characters were a bit too difficult to relate with. It’s probably because they took the Huck Finn/Tom Sawyer idea very seriously. For that reason, I did enjoy it but it lost some points with me. This film is streaming on Netflix and Amazon Prime. Go watch it them come back and tell me what you think. I’d love to read you take on this film.