I liked the way this one got right to the violence. It adds to the story and makes the film a powerful piece. 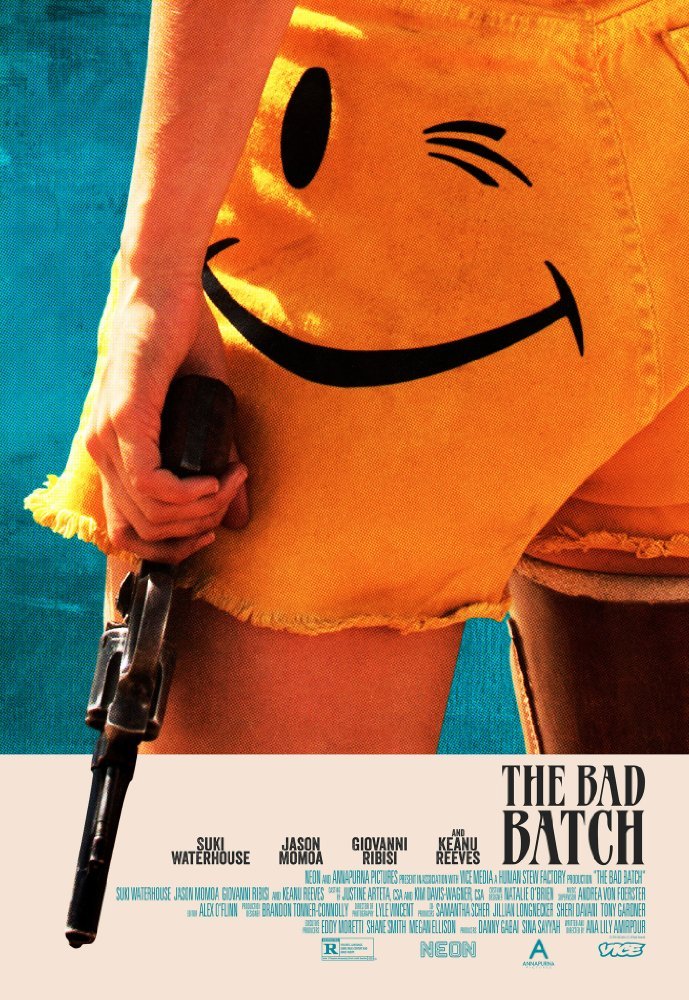 The avant garde director here is Ana Lily Amirpour. You may have seen A Girl Walks Home at Night which was also her. She takes risks and causes the viewer to go on a journey. This is always a great thing for a director to do. This film is not made according to norms. It’s a film that breaks just about every rule for a movie of its subject and type. Amirpour has achieved much with this film. It’s worth seeing and I recommend it wholeheartedly to you. Last I looked it was streaming on Netflix, if you have that.

The acting caliber shocked me. This film looked in the ads to be a small scale, risky, violent film but I was wrong. It has the talent on board to do some mainstream damage. I’m speaking of Suki Waterhouse, Jason Momoa, Jayda Fink, and Jim Carrey (yes I said Jim Carrey).

Empowerment films like this are so much fun to watch. I won’t spoil the plot but rather encourage you to see it and then leave me a comment. I’d love to start a dialog on this film there. Some scenes were a little long and felt unnecessary but all of it worked to the over goal of making a brutal place into a love story.

The desert wasteland/apocalypse alone is worth going to see but the story is awesome too.