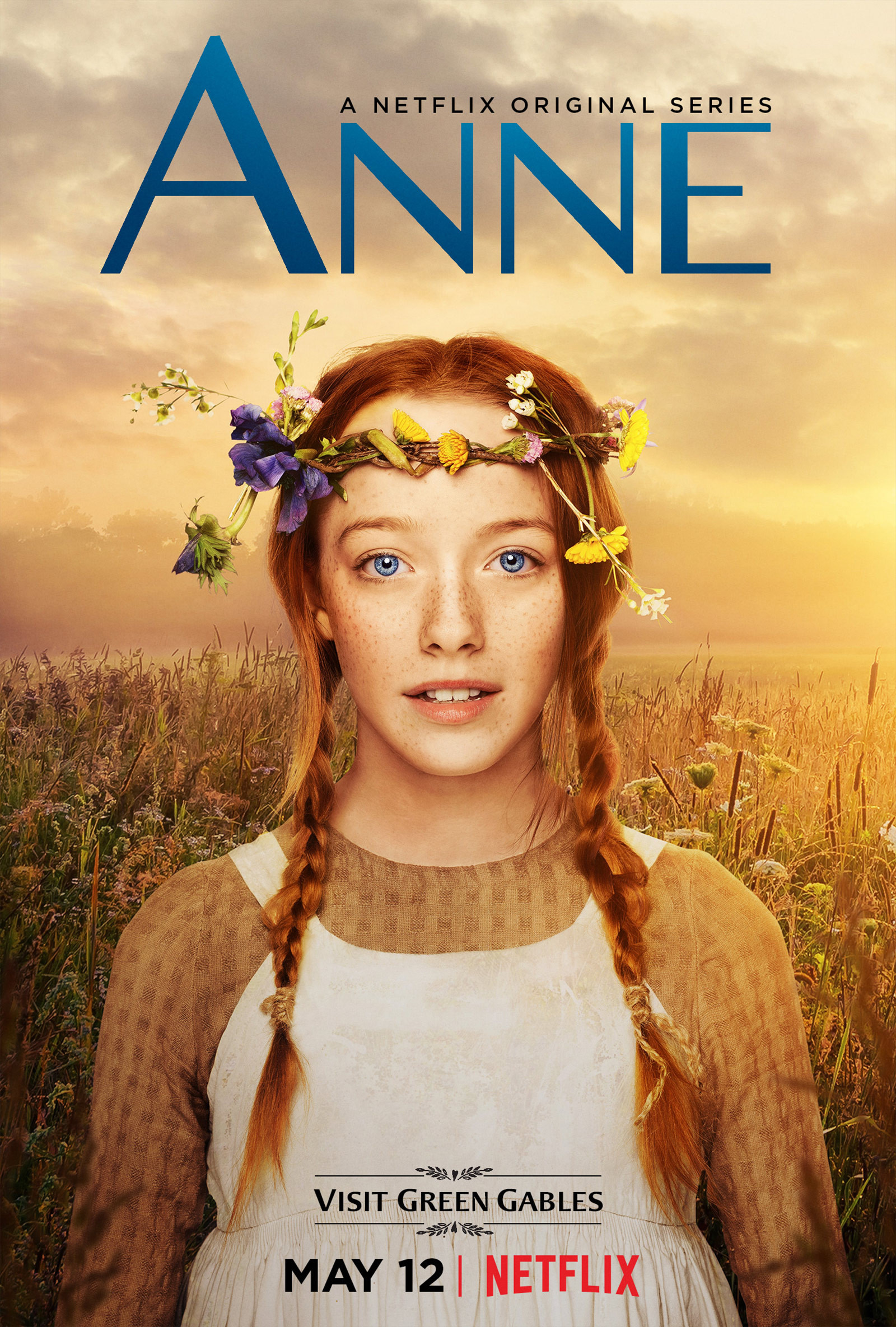 “The adventures of a young orphaned girl living in the late 19th century. Follow Anne as she learns to navigate her new life on Prince Edward Island, in this new take on L.M. Montgomery’s classic novels.” -IMDB

Directed by
Written by

Each episode on this Netflix original series has a new director. They have all dome noteworthy things. Niki Caro is known, for example, for the Zookeeper’s Wife. Helen Shaver has directed 2 episodes of 13 Reasons Why and an episode of Orphan Black. There are many other impressive accolades in the directors of the series.

Amybeth McNulty plays Anne, a spindly legged freckle-faced waif with a mind of her own and a mouth that will not remain quiet. She is not as cute as the original series’ actress Megan Follows but she makes up for it in surprisingly good acting ability. She partakes very little in the culture of young women and instead portrays a lot of outrage and anger. Of curse, she’s funny too. In short, she’s a drama queen and I love it!

The original actress was much more tame and subdued. She did the sewing and cooking and spoke out sometimes. This one lets you have it what she thinks in nearly every scene, but that’s a good thing! This will appeal to readers of the beloved books as well as girls in the tween to teenage years. It has humor adults will get, especially parents of teenagers. It’s a retro show and the costumes and props are very authentic. I enjoy watching the show as a laid back, low key yet entertaining tv series.

FINAL THOUGHTS
Young girls have had such a rough shake through history. For many centuries, all they could do was have the children and cook. I think it’s healthy for girls of today to watch the constraints on little girls and women in general and how Anne debunks all that. She’s an excellent role model for outspoken girls. The show may not be for everyone as it is a bit like Masterpiece Theater at times. People talk in a sort of Salem accent and sometimes the points being expressed are subtle and take time to reveal themselves. I personally enjoy and recommend this charming series, now streaming live on Netflix.