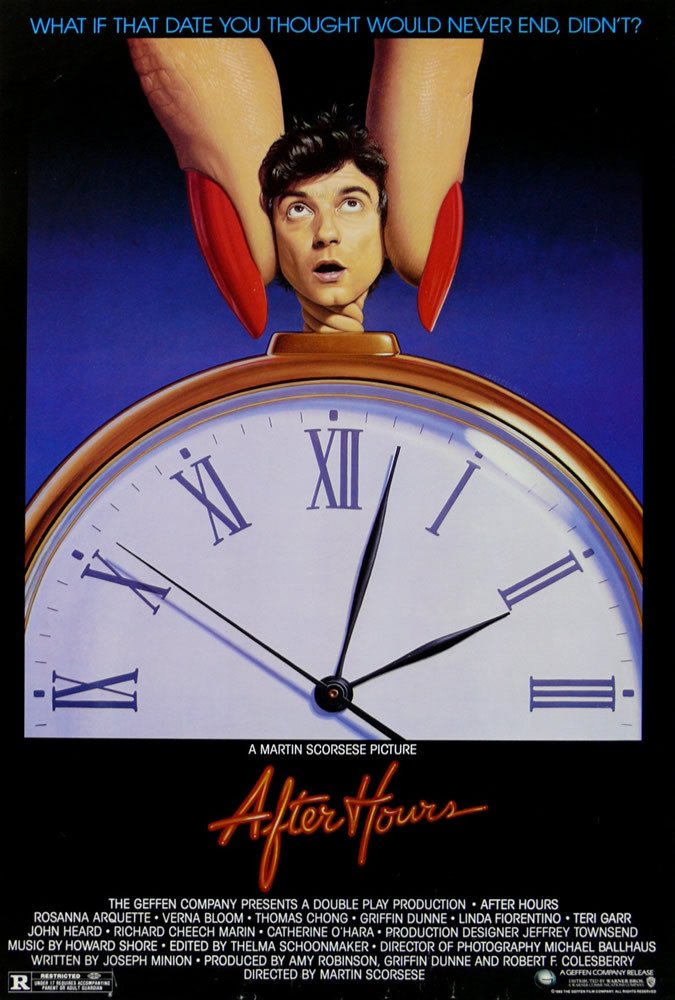 An ordinary word processor has the worst night of his life after he agrees to visit a girl in Soho whom he met that evening at a coffee shop.
Director: Martin Scorsese
Writer: Joseph Minion
Stars: Griffin Dunne, Rosanna Arquette, Verna Bloom

Weird movies are a lot of fun, if you’re into them. Of course, I am quite so. This is a movie that takes a look at the idea of a guy going out with a dangerous woman instead of the traditional other way around.

This is directed by Martin Scorcese, a verified master of the film-making craft. Most recently I loved his Hugo and he’s done so many other films down through the years. In this film he really shines in his ability to revisit a place and force the audience to see it differently. It’s sort of like a recipe for an open mind. The sets and backgrounds take you into the film. When he shows you the clock, you feel like it’s way past bedtime and YOU ought to be getting home.

There is a cast of thousands here but the lead is played by Griffin Dunne. Dunne has been in many films but you remember him as the English teacher in My Girl. He’s a great actor and it’s always impressed me how much he looks like Dudley Moore.

This is a goofy film and suspense abounds. This guy is having the worst night of his life and we experience it with him. I highly recommend this quirky film, it’s an intriguing work of art that stands up now over 3 decades later.