I am so glad I discovered “Across the Hall” on my watchlist to watch today. As a reviewer of film I usually have many films there but I don’t always know which to watch first. I went with this because it was accessible on tubi for free w/ads, it said it was horror, which it is not, my favorite genre, and last but not least, it stars the sexy bombshell Brittany Murphy. It was better than I expected. I love it when a movie uses simplicity to its advantage and offers an experience that belies its ease. But chronological storytelling isn’t the approach here, the director unfurls the plot through bouncing to and fro in time. 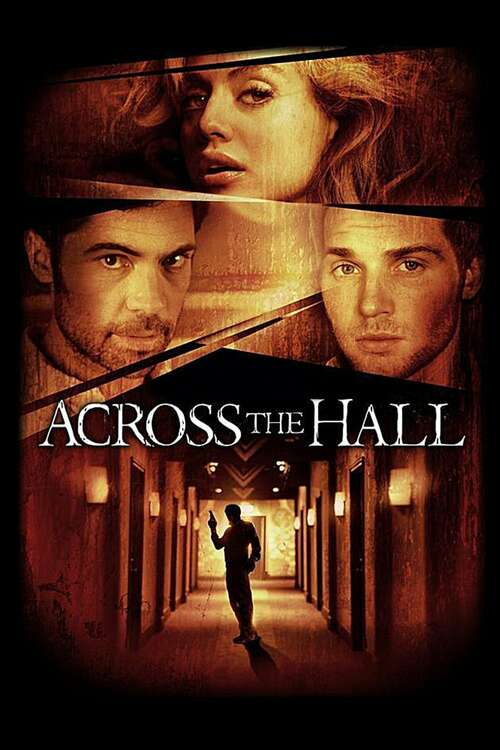 In perfect step with the simplicity, this film was derived from a short the director Alex Merkin made 3 years prior. It’s noticeable right away that he has given much thought to the costumery and sets. It takes place in a lavish old hotel in New York City. It’s a bit lackluster though, like it was posh at one time but now it’s receded into an hourly house of covert acts. They are trying to improve it though. We see the bellman who runs the place taking reservations and walking customers to their rooms for seemingly surreptitious reasons. Macro views and clues through depth of field focus help serve a simple sense that the director knows exactly what he is doing. It’s a well-told story, trust you can relax and enjoy the telling. Part of this story is told through dialog.

The script is simple and to the point. I would imagine it’s not as many pages as most thrillers, There isn’t much to read between the lines, though some gems are there if you catch them. It is after all not a horror but a thriller/mystery. We aren’t given much other than the setting at first and it’s through conversations on cell phones that we are given the initial clues as to what’s going on. With many thriller focusing on long “hip” dialog, “Pulp Fiction” comes to mind, these lines are refreshingly sparse and, as I have already said, thickly effective. But chronological storytelling isn’t the approach here, the director unfurls the plot through bouncing to and fro in time.

The timeline in “Across the Hall” is simple yet it was likely not simple to create. Each time we get a new space in time there is a little clue. There are about 3 really big ones. All of them are necessary to understanding the plot and worth waiting for. Be careful with prejudices against the “bad guy,” you may be surprised in the end or then again, maybe not. I have seen a lot of movies fuck up this “in and out of time” approach, this ones uses it masterfully.

There’s a season of “American Horror Story” that takes place in a hotel, think of those colors. This is a highly visual film where much thought was given to every aspect not the least of which the casting: Brittany Murphy looks very very good. But above all, I appreciate the way this film uses simplicity to its advantage making it a perfect mystery/thriller.